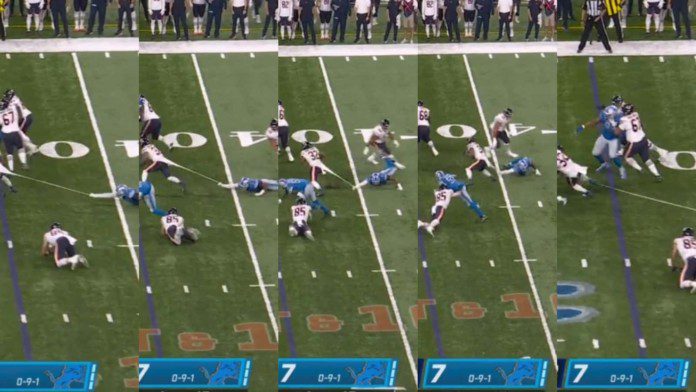 The Chicago Bears made sure they wouldn’t be the first club in 2021 to lose to the Detroit Lions. On Thanksgiving, Chicago beat Detroit 16-14 after trailing by a point for all but one second of the fourth quarter. Cairo Santos scored the game-winning 28-yard field goal as time expired to give Chicago a 16-14 victory.

However, it is not the game’s result that made fans excited. Instead, it was when the Bears rushed for twelve and Detroit Lion outside linebacker Austin Bryant pulled Chicago running back David Montgomery’s shirt. So far, it was quite normal. But soon, the elastic of Montgomery’s vest started stretching from beneath his shirt. David kept rushing and the elastic left a long trail behind him, with Bryant’s arms holding it tight. The saga ended with Montgomery getting a four.

@IrishBadA*s wrote, “Ooo lordy, lucky it was his shirt. I thought it was elastic from his .. well .. thought reproduction might be an issue”.

Related: “NFL should be embarrassed”: Twitter furious over officials, calls Cowboys vs Raiders game worst Thanksgiving game of all time

@heyfarrahnaz commented, “Damn what kinda fabric is that?”

A Chronicle of Blunders and Nervous Breakdowns Under Pressure

The Bears held the ball for the last 8:30 of the game, culminating in an 18-play drive, their longest possession (in terms of the number of plays) since 2013. On the last drive, Andy Dalton went 4-for-5 for 46 yards, including a 12-yard pass to Cole Kmet to put the Bears in field goal range to take the lead. With just two minutes to go, Dan Campbell and the Lions’ coaching staff made a series of coaching blunders, allowing the Bears to make the game-winning field goal and hand the ball back to Detroit.

The misuse of timeouts cost Detroit the game, and Chicago won in a walk-off. In order to snatch victory from the Lions, Chicago capitalized on Detroit’s blunders on the last possession.

With 3:58 remaining in the game, Dalton made a critical 9-yard run that placed the Bears in position for a Santos chip shot. Due to Detroit’s mistakes, Chicago was able to kick the game-winning goal as time expired.

Also Read: ‘Owing Saints as usual’ Twitter explodes after Stefon Diggs did ‘this’ during Saints vs Bills Thanksgiving game 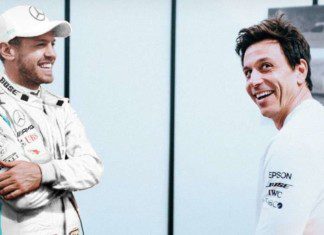