Home Football 5 AC Milan players who have impressed the most this Serie A... 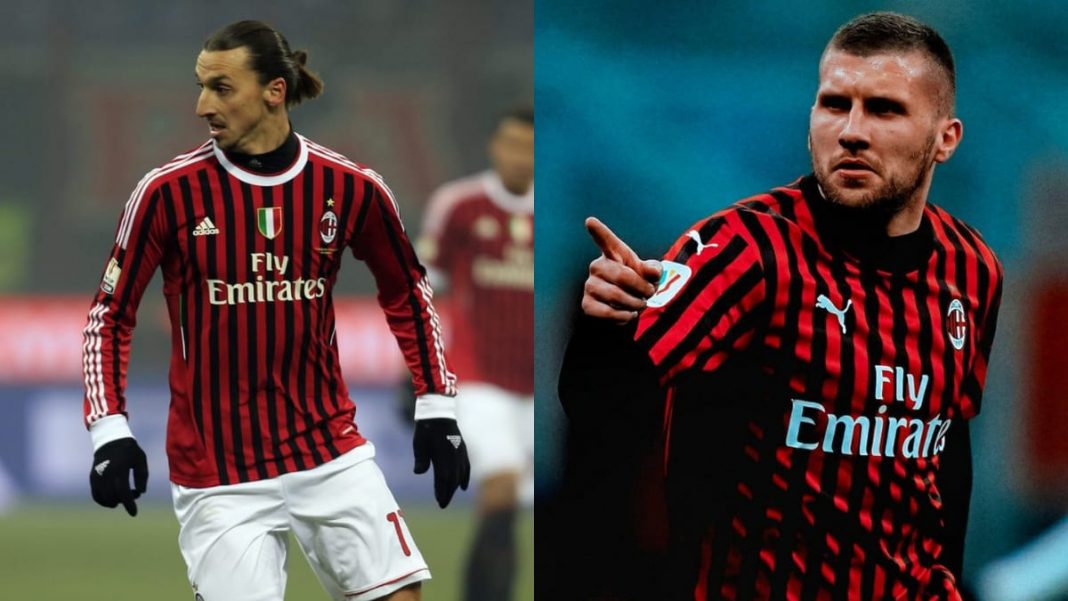 It has been a satisfactory season for AC Milan as the Rossoneri’s are looking in fine form this season. AC Milan FC is at the 2nd position with 52 points and manager Stefan Pioli will look for major advancements from his side going ahead. The Italian Serie A is witnessing an attacking brand of football like the early 2000s and 1990s which has made the current season all the more interesting.

In this piece, we are about to discuss 5 players who have showcased their match-winning capabilities with some fine performances. The players mentioned in the list have a diverse style of functioning as far as their skills and technicalities are concerned. Some are more authoritative and fluid with their control, pace and variety in technique while some are more dominating with their ability to win the ball, possession-based play, set pieces and passing accuracy.

Manager Stefano Pioli has made some clever changes ensuring every player is given enough game time. The players mentioned in the list have made their presence felt with some fine performances and it has reflected in AC Milan’s success so far. Let’s take a look at 5 AC Milan players who have impressed the most this season.

The former Sweden international is a legendary figure in World football. The star striker has the quality to change the outcome of a game with his individual brilliance. The former Manchester United FC player is unstoppable when he gets going. The 39-year-old hasn’t slowed down a bit when other players decide to call it a day at this age.

The striker has outrun the opposition with his electric pace and skilful running. Ibrahimovic can score from difficult positions which still makes him a big threat. Ibrahimovic has worked cleverly with midfielders Franck Kessie, Hakan Calhanoglu and Jans Petter Hauge. His co-ordination with Ante Rebic especially at the wings has added pace.

Kessie possesses all attributes of a modern-day midfielder. The Ivory Coast International has showcased his speed and counter-attacking abilities with his creative sense. The former Atalanta FC player is a glue that binds the midfield with the forward line. Kessie’s presence has added a fine balance for the Rossoneri’s.

Kessie plays in the Central midfield as well as in the defensive midfield but is a dangerous operator inside the box. The midfielder has netted 7 goals in 22 games so far this season with 3 assists to his name. Kessie’s coordination with forwards Zlatan Ibrahimovic and Ante Rebic has looked stable. Kessie has also netted 1 goal in 6 Europa League games this season so far. The 25-year-old has enjoyed a healthy partnership with midfielders Hakan Calhanoglu and Jens Petter Hauge.

Hernandez has showcased some power-packed performances during pressure situations that has changed the outcome of a game. Hernandez can position himself beautifully with his presence of mind. The former Real Madrid player has shown calmness under pressure and can unsettle the opposition’s game plan with his pace and powerful tackles.

The Frenchman has also highlighted his ability to score more frequently which has provided enough depth and quality in the side. Hernandez has showcased his predatory goal-scoring skills which makes him a deadly goal scorer. The 25-year-old has scored 4 goals in 20 Serie A games this season with 4 assists to his name.

Hernandez has also scored 2 goals in 1 Europa League game this season. Hernandez is more than capable of cutting any attacking move with his brave interceptions during set-pieces. The defender has shielded the backline with resoluteness. Hernandez has shown smart man-marking alongside Alessio Romagnoli in defence.

Rebic’s attacking style of play and his ability to build-up play has provided fine balance in this AC Milan outfit. The 27-year-old has added pace and speed at the wings. The Croatian’s ability to think out of the box makes him a valuable addition. The striker can score with his unpredictable striking abilities during open play as well as during set-pieces.

Rebic has worked cleverly with strikers Zlatan Ibrahimovic and Rafael Leao at the wings while his coordination with Franck Kessie has looked authoritative and controlled against sides who are defensive at the wings.

Leao is a surprise addition in our list as the youngster has been far from effective because of his electric footwork and brisk counter attacks. The 21-year-old can surprise the opposition with his speed and dribbling during open play. The striker has been one of the brightest talents in Serie A as his inclusion has provided manager Stefan Pioli with enough options in the forward line.

The Portuguese can score, create opportunities as well as build-up play. In short, the youngster is a complete package. Playing under Pioli and alongside some of the biggest names will make Leao more advanced in his technique and variations. It will also make him temperamentally strong. Leao has scored 5 goals in 18 Serie A games so far this season with 5 assists to his name.