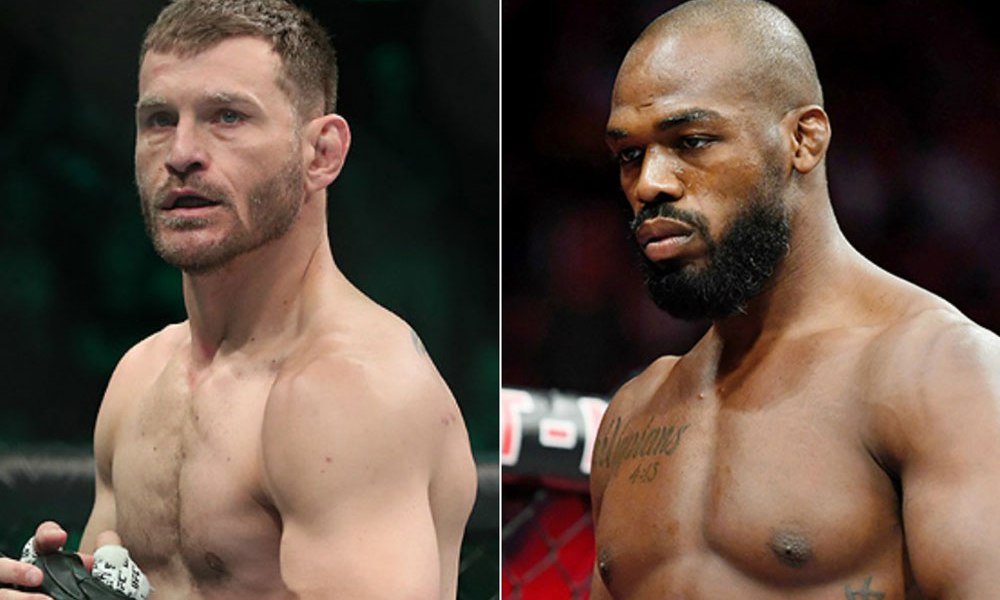 UFC Heavyweight champion Stipe Miocic will defend his strap against Daniel Cormier on August 15 at the headliner of UFC 252. This fight will bring their long time rivalry to a befitting end.

However, Miocic has his sole focus on Cormier at the moment. The upcoming battle between them will settle the debate about the Greatest Heavyweight in the promotion, once and for all.

Miocic’s statements regarding a potential fight against Jones are what left people flabbergasted. When asked to picture a fight against Jones, Miocic did not hesitate to give himself an upper hand. The Heavyweight champion vowed to fight anyone in the UFC.

“Yeah I mean yeah, it’s up to the UFC. I’d fight anyone,” told Miocic. While Jones is still undefeated in pro-MMA, Miocic believes he can dethrone the light-heavyweight champion.

As per Miocic, Jones hails from a different weight class (Light heavyweight). Thus, if he ever decides to set foot in the heavyweight roster, Miocic bills it to be a favor on his side.

Yet, a heavyweight move and a mega-fight against Miocic can garner huge PPV sales. Thus, it seems profitable for Jones at this point to execute his planned heavyweight move.

As of yet, Jones is still out of an official opponent and date of return. Thus, citing the Miocic vs Jones fight as an official matchup would be unfair. Also, when Dana White and Jon Jones are yet to react to Miocic’s statement.