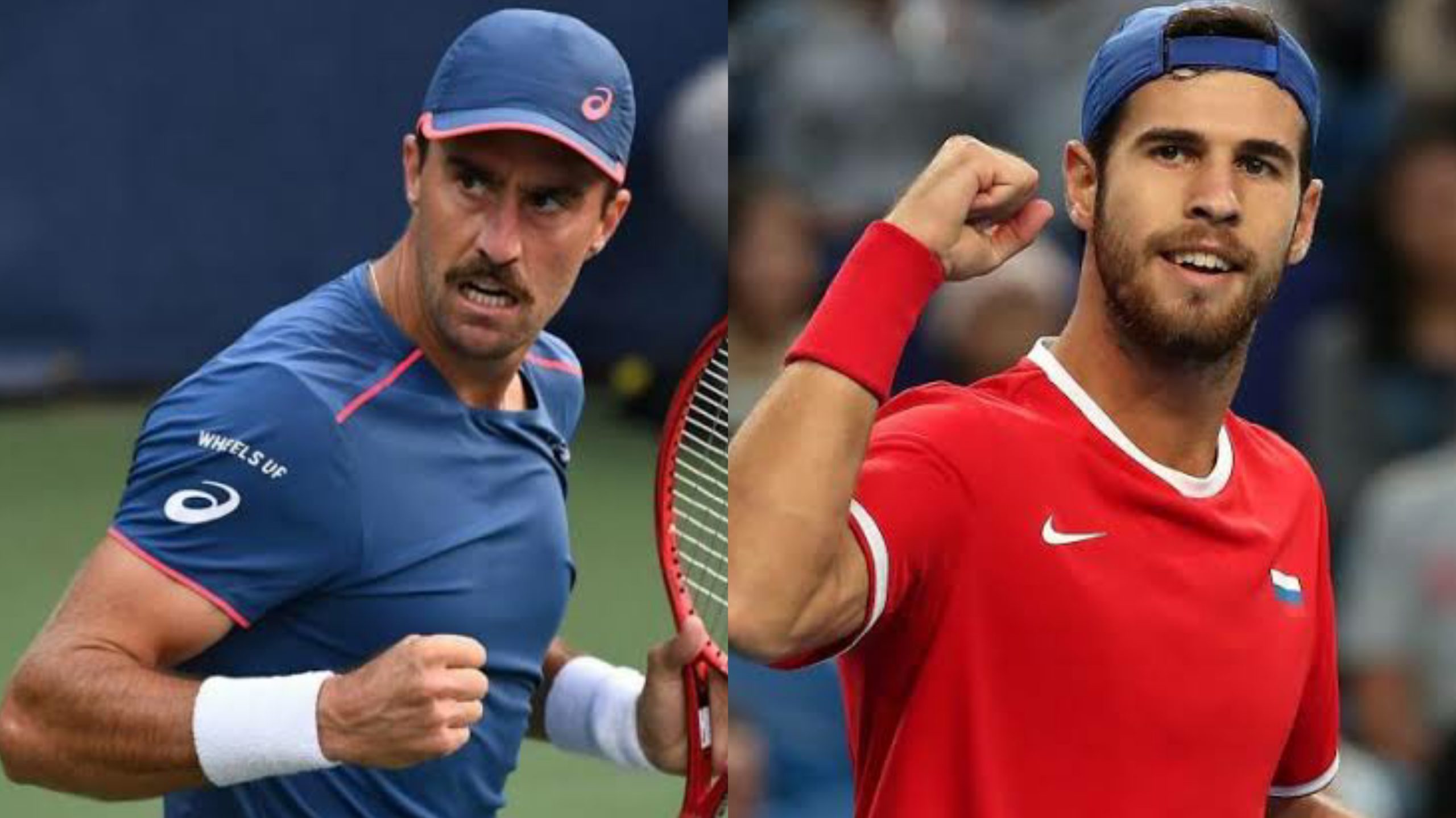 Former World No.21 Steve Johnson would lock horns with Russian Karen Kachanov in the round of 16 of the ATP Adelaide International 1 2022.

Karen Abgarovich Khachanov is a Russian professional tennis player. He has won four ATP singles titles, including the 2018 Paris Masters title. Khachanov achieved his career-high singles ranking of World No. 8 on 15 July 2019, after reaching the quarterfinals of the 2019 French Open.

Steve “Stevie” Johnson Jr. meanwhile is an American professional tennis player. For one week in August 2016, he was the top-ranked American in men’s singles. He has a career-high singles ranking of world No. 21 achieved on 25 July 2016 and a doubles ranking of World No.39 achieved on 23 May 2016. The World No.85 would look to make a positive start to the year.

The duo faced each other one time way back in the 2018 ATP Masters 1000 in Shanghai, with Kachanov emerging victorious on that occasion.

Johnson had an okay 2021. However, Russian Karen Kachanov is the clear favourite. The World No.29 is a rising star and would look to begin the new season in a strong manner.

READ NEXT: Fans react to Novak Djokovic getting an exemption at the Australian Open and deem it to be a SCANDAL