In the opening round of the ATP Lyon Open 2021, World No. 115 Benjamin Bonzi will be up against World No. 24 and the 8th seed Karen Khachanov.

Benjamin Bonzi has spent most of the 2021 season on the Challenger circuit where he has been in amazing form winning 2 titles in 3 final appearances on the back of consistent performances in the final stages. He has however failed to continue his momentum on the ATP Tour having a record of 1-2.

Playing in his homeland France, he comes to Lyon from the Belgrade Open 2021 where he lost in the qualifying round and has been playing the Challengers since then before making himself available for the Lyon Open 2021.

Karen Khachanov started the season well but has not been able to make good use of his form. After reaching the semi-finals of the Great Ocean Road Open 2021, he has failed to make another semis but has reached 2 quarter-finals at the Rotterdam Open 2021 and the Marseille Open 2021. Since then he has failed to go past the Round of 16.

He comes to Lyon from the Rome Masters 2021 where he was defeated in 3-sets in the first round.

While Bonzi has won titles and matches on Clay, they have come on the Challenger Level and he has struggled hard when he has played in the main draw. Khachanov has struggled on Clay but has been on the Tour so that can give him an edge as he has played against comparatively better players.

In terms of consistency both are nearly at the same level, but it would require a great deal of effort from Bonzi to beat Karen.

Prediction: Karen Khachanov to win in straight sets in the opening round of the Lyon Open 2021. 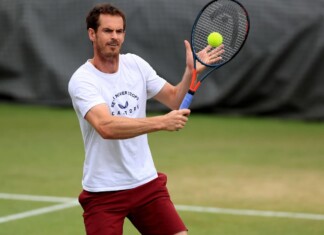