With the first week of the 2022 Australian Open about to end, the focus in tennis has started coming back to the sport and overcoming the black days that preceded the tournament that saw the tournament’s 9-time champion and 3-time defending champion Novak Djokovic being deported from Australia for being unvaccinated.

Djokovic entered Australia late on 5th January but remained in a federal quarantine hotel till 10th January when he won his first hearing to get his visa back and be allowed entry in the country. He had trained just for 4 days before he was put in quarantine yet again as a second case was filed in the court which went against him and he was left with no choice but to leave the country on the eve of Day-1 of the Grand Slam.

While many have started looking forward to the Grand Slam action, fans of the Serbian and the ones close to him continue to raise voices against the ill-treatment of the World No. 1 who was ‘unjustly’ deported from the country while he had the medical exemption which was granted to him by Australia itself. Novak’s coach Marian Vajda finally broke his silence over the entire saga.

“I needed to calm down, I still don’t understand why they did it to him. In addition, the media are largely to blame for manipulating the information, in Australia in particular, they have been constantly raising stance against him. We wrote to each other, we never spoke on the phone. He used his mobile phone a little. I sent him encouraging text messages and recorded links. I can’t imagine how he handled it, it must have been huge suffering.

“He humbly endured all measures, but what they did to him must mark him. It will definitely have significant consequences, it will be difficult to get back into this. It was also an invasion of his privacy, his family. It was a political process. It was an unhealthy and unjust decision, based on the assumption that Djokovic could do or influence something that had not yet happened,” said Vajda in an interview with Sport.sk.

With few players supporting Novak and criticising the Australian government, discussions whether the players could come ahead and boycott tournaments like players did at the 1973 Wimbledon Championships for the unjust suspension of Nikola Pilic from all tennis activities for 9 months which was then reduced to 1 month but that meant he could not play the Championships.

“At the same time, many people write to him and to me and feel with him. However, they will not speak openly to the public. Nowhere do you read how many nights Novak spent at the computer discussing with many players about their living conditions, how he can help them, and doing something for everyone.

“Even stationary bicycles last year in Melbourne to quarantined hotel rooms. He fought the whole pandemic for them. I have a feeling that the players also do not have enough sources of information, because the media are misleading them and mostly against Djokovic,” said Vajda on the possibility of players protesting in support of Novak.

Djokovic flew back to Belgrade and has refused to give any comments at least until the Grand Slam is over as told to media by Djokovic’s mother Dijana. With many countries reportedly making vaccination compulsory for foreigners entering the country, coach Vajda touched upon what will be the course of action for the Serbian going ahead.

“I haven’t communicated with him since he arrived in Belgrade. No one knows. It is clear that it hit him mentally, it will hurt him for a long time and it will be difficult to get it out of his head. However, I know him very well. Novak is strong, resolute and has not yet said his last word in tennis,” said Vajda as Djokovic continues to stay away from media after the whole saga in Australia. 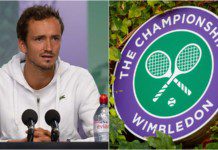 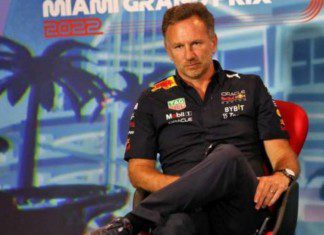