Russian fifth seed Andrey Rublev will be up against former US Open champion Marin Cilic in the third round of the 2022 Australian Open. Rublev is ranked 6th in the world while Cilic is the World No.27.

Andrey Rublev has been nothing but brilliant this week. He didn’t play the ATP Cup in order to recover and came to the Australia Open with no tournaments under his belt. But he definitely has raised the level of his game, especially his serve. In the first round, he stormed past Italian Gianluca Mager and then got the better of Ricardas Berankis in straight sets 6-4,6-2,6-0 in the second round.

Croatian Marin Cilic has started the season on a positive note. He reached the semifinal of the Adelaide International 1 event before once again making the semifinal next week at the Adelaide International 2. This week in Melbourne, he blasted past Ecuadorian qualifier Emilio Gomez in the first round and followed it up by beating yet another qualifier Norbert Gombos in 4 sets 6-2,6-3,3-6,7-6(8).

This will be the sixth meeting between the duo. Rublev leads the H2H 4-1. They last met at Cincinnati last year where Rublev won in three sets.

Both Rublev and Cilic are two of the best on tour and are in amazing form too. Although he isn’t in his prime, Cilic has done well on tour and will once again back his serve. Rublev too has served really well and looks more stronger than the previous seasons. He has been hitting good all week and will fancy his chances to go deep in the tournament. Expect a thrilling encounter with Rublev edging past Cilic.

Prediction: Rublev to win in 4 sets. 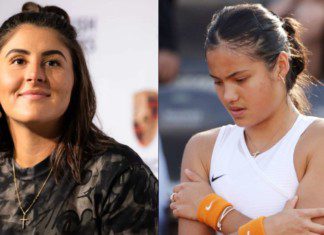 Atrayo Bhattacharya - May 11, 2022
Emma Raducanu had to withdraw from the Italian Open due to a back injury. She faced Bianca Andreescu in the opening round and had...