Barbora Krejcikova avoided a third consecutive second-round exit at the Australian Open and made it to the third round for the first time in her career. The Czech dominated her opponents in both the matches she has played so far. She breezed past Andrea Petkovic 6-2, 6-0 in the opening round and defeated Xiyu Wang of China 6-2, 6-3 in the second round.

Meanwhile, Ostapenko had to come from a set down to win in both her matches and make it to the third round at the Australian Open for the first time in four years. The Latvian defeated Anna Schmiedlova 6-7, 6-4, 6-1 in the first round and Alison Riske 4-6, 6-2, 6-4. She made more unforced errors than her opponent in both matches, but managed to edge out by having better service games and hitting more aggressive groundstrokes.

Krejcikova won only 8 matches prior to her surprise win at Roland Garros last year. Since then, she had quite a resurgence and made it to the fourth round and quarter-finals at Wimbledon and US Open respectively. She will be keen to continue this momentum and have a good run at this year’s Australian Open. Having won their most recent encounter and considering her form so far, Krejcikova is the favourite to win this match.

Also read: “My energy and motivation not same anymore”- End of an Era as Sania Mirza announces retirement after 2022 season 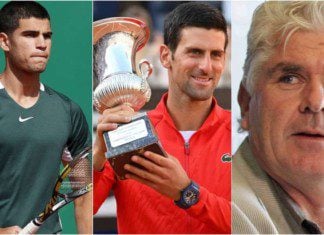 Sarthak Shitole - May 16, 2022
It is safe to say that World No. 1 Novak Djokovic has returned to his best. The Serbian who did not play a single...