Daniil Medvedev is the top seed coming into the slam, after World No. 1 Novak Djokovic’s exclusion. He is one of the favourites to win the title this year. He will begin the quest for his 1st Australian Open title and try to take his performances to the next level from the year having finished runner-up to defending champion, Novak Djokovic. He has been in amazing form too off late. After winning the US Open, he made back-to-back finals at Paris Masters and ATP Finals.

Henri Laaksonen had an average start to this year, winning two matches and losing two, with his best finish being 2nd round finish at Melbourne (Summer Set) last week. He won 3 matches in the tournament coming as a qualifier and got the better of 5th seed Benoit Paire in the first round before losing to Jaume Munar in straight sets 1-6,5-7. 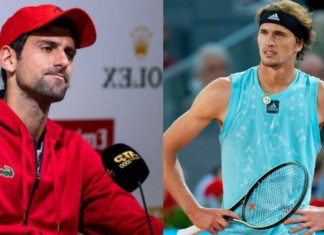 Atrayo Bhattacharya - May 11, 2022
World No.1 Novak Djokovic has backed Alexander Zverev's statement and has lashed out at the organisers of the Madrid Open. Zverev was very angry...