Nikoloz Basilashvili is a Georgian professional tennis player. His current ranking according to the Association of Tennis Professionals is World No.22 and his highest ranking was World No.16. He has five career titles to his name. He played in the ATP Sydney Tennis Classic Tournament this year. He played against former World No.1 Andy Murray in the round of 16 and lost with a score of 7-6, 6-7, 3-6.

Andy Murray is a British professional tennis player. His current ranking according to the ATP is World No.113 and his highest ranking was World No.1. He has 46 career titles to his name out of which 3 are Grand Slams. He participated in the Sydney Tennis Classic this year where he won the semifinals by defeating Reilly Opelka but lost the finals to Aslan Karatsev with a score of 3-6, 3-6.

Nikoloz Basilashvili vs Andy Murray Live Stream, When and Where to Watch live

Nikoloz and Andy have faced each other on the tennis court twice. This will be their third meeting. In both their previous matches, Andy defeated Nikoloz. At the start of this season, Murray and Basilashvili clashed against each other but the latter lost with a score of 7-6, 6-7, 3-6.

In this tournament, Nikoloz will strive to end his losing drought against Andy of which the latter is well aware. Both the players will strive to win the title. This will be an opportunity for the Georgian to win his first-ever Grand Slam title. 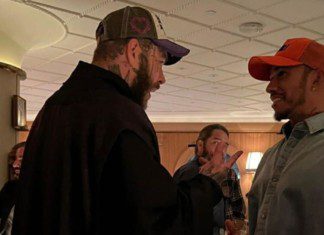 Shubham Bajpai - May 16, 2022
Lewis Hamilton was spotted enjoying Post Malone's release of his new song "Love/Hate Letter to Alcohol" on SNL. The singer gave a little teaser ahead...