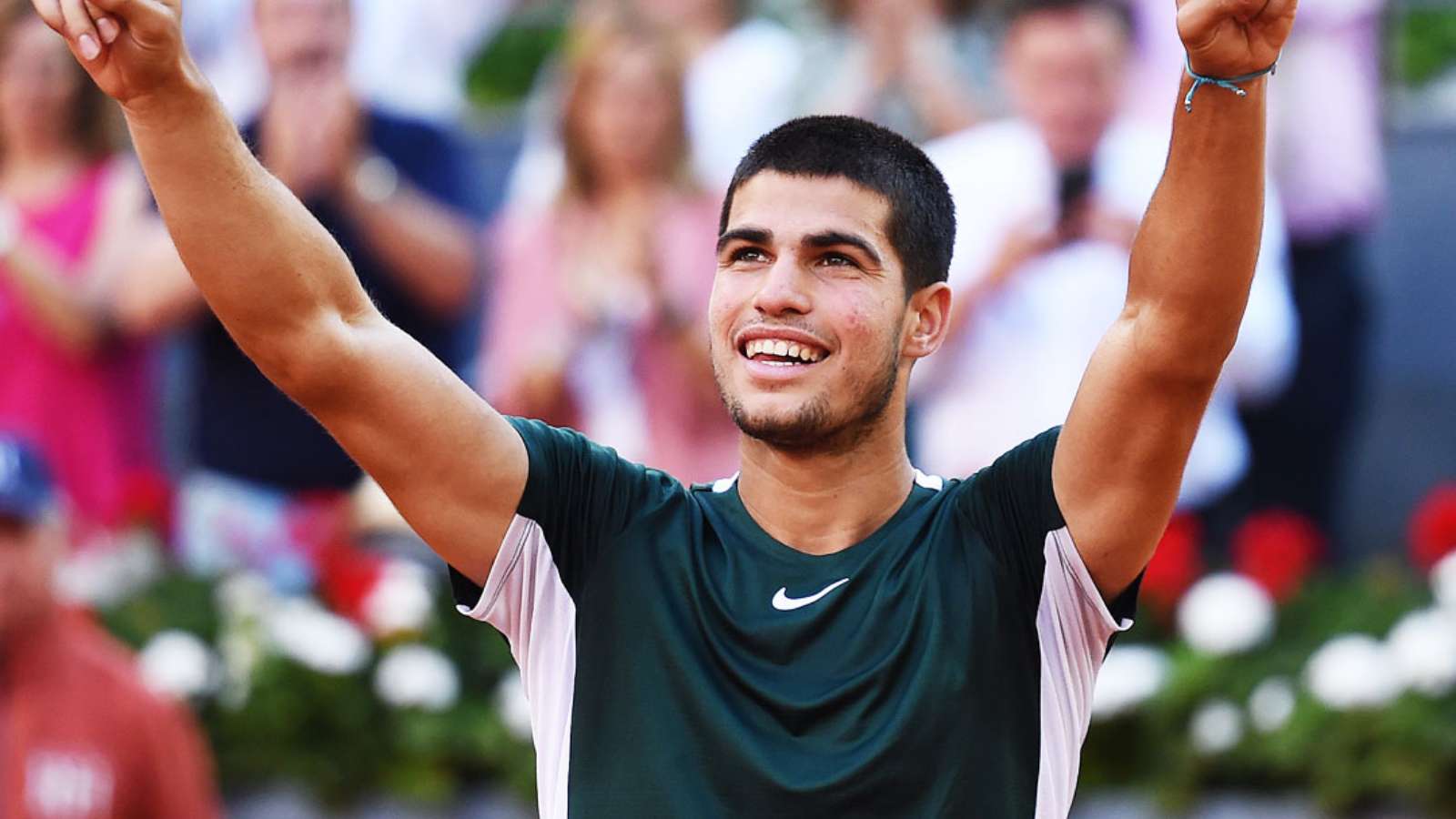 Carlos Alcaraz is one of the most exciting teenagers on the ATP Tour and he has proved time and again why people are calling him the next big thing when he is still in his teens. The Spaniard shattered multiple records during his historic 2022 season. By winning the 2022 US Open, he reached the top of the rankings.

Not only did he become the new World No. 1, but he also broke Lleyton Hewitt‘s long-standing record to become the youngest World No. 1 ever. Alcaraz also became the first teen World No. 1 on the ATP Tour as he finished the 2022 season with 5 titles, the joint-highest during the season.

Carlos Alcaraz has so far in his short career earned $11,829,642 in career prize money. The biggest cheque he received was at the US Open when he took home $2.6 million. These added to his brand deals have combined together to raise his net worth to an estimated $14 million.

Carlos is currently endorsed by Nike and Babolat for his apparel and equipment needs respectively. Apart from these, the teen is also sponsored by automobile giants BMW, luxury watch company Rolex and Spanish food company ElPozo who spotted the marketability of the teen early on.

Does Carlos Alcaraz have any charities?

Carlos Alcaraz started his own charity at the end of the 2022 season. The charity aims to promote social and solidarity actions for the community. As per reports, he had already raised $12 million for his charity. He continues to do his philanthropic work as well having donated his US Open winning sneakers to raise money for Down Syndrome patients.

Carlos has won 6 ATP titles with the latest one being the 2022 US Open. He won his maiden ATP Masters title at the 2022 Miami Masters defeating Casper Ruud in the finals. At the 2022 Madrid Masters defeating Alexander Zverev in straight-sets in the finals. With the title won at the ATP 500 in Barcelona, Carlos Alcaraz made history by becoming the youngest tennis player to enter the Top 10 ranking since Rafael Nadal. Alcaraz made it onto the select list of the world’s best players at the age of 18 years, 11 months, and 20 days.

The Spaniard has been dating his lovely girlfriend Maria González Giménez for quite some time. Maria is a Murcia tennis player who competes for the Murcia Club de Tenis.

Carlos Alcaraz is coached by a legendary tennis player and former French Open champion Juan Carlos Ferrero. The two have been working together for several years now in Alcaraz’s young career and share a very special bond.

His father’s name is Carlos Alcaraz Gonzalez while his mother’s name is Virginia Garfia. As a very small child, Alcaraz used to go to play tennis with his father. He was inspired by his father who was a decent player at that time.

Q. How much is Carlos Alcaraz’s worth?

Q. Where is Carlos Alcaraz’s house?

Q. What is Carlos Alcaraz’s age?

No, Carlos Alcaraz is not married.

Q. How tall is Carlos Alcaraz?