Donna Vekic is an Crotian tennis player and has been active on tour from 2012. 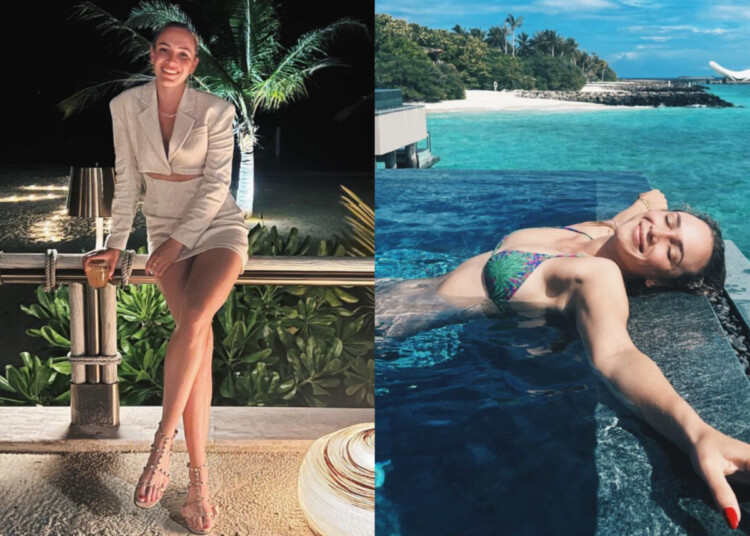 Donna Vekic is a Croatian professional tennis player who was born on June 28, 1996. She has won three WTA singles titles at the 2014 Malaysian Open, the 2017 Nottingham Open, and the 2021 Courmayeur Ladies Open. In addition to this, she has won 5 titles on the ITF Circuit.

She had a tough time after the 2019 season as she could not make it to the last 8 of a Major since the 2019 US Open Championships. Donna Vekic‘s had a good run at the 2023 Australian Open, where she made it to the quarterfinals.

Donna Vekic has an approximate net worth of $5 million. Her yearly income is estimated at $300,000. She has represented her country at an international level & won several titles. Her career prize money stands at $5,536,900. Donna also won $1,674,073 in prize money in various competitions.

Vekic started playing tennis professionally in February 2012, competing in the Fed Cup for Team Croatia. At the 2012 Tashkent Open, she reached her first WTA final and became the youngest player since 2006 to reach the final of such a tournament. Her career has been full of ups & downs, landing her a career-high ranking of 19 in November 2019.

The 26-year-old subsequently entered the main draw of the 2013 Australian Open, losing to Caroline Wozniacki in the second round. Winning only two matches at the four Slams combined, she made her maiden appearance in the top 100 of the WTA rankings at the end of 2013 at world no.86. Previously, her best results at the Slams had been reaching the fourth round at the Wimbledon Championships & Roland Garros in 2018 and 2019 respectively.

During the 2015 French Open, she claimed her first top-40 victory of the season when she beat Caroline Garcia, along with Bojana Jovanovski, before bowing out to Ana Ivanovic.

Related: Why did Donna Vekic split up with Stan Wawrinka?

Beyond tennis, Vekic established a luxury home fragrance brand, DNNA, in 2021. The brand constitutes the sale of beeswax candles & reed diffusers. In furtherance of the same, she made an announcement stating that a proportion of all sales revenue will be donated towards bee conservation in her native Croatia.

Having partnered with the sister brand of Uomo Sport, the popular high-quality brand worn by American Jenson Brooksby, DonnaSport announced Vekic coming on board as an ambassador. Yonex & ASISC are major components of her endorsement pack.

Her win-loss record at the Slams is 31-36, thereby generating 46%. Donna has a doubles title on the ITF Circuit to add to her trophy cabinet. Donna reached the final of the 2022 WTA 500 San Diego as a qualifier, defeating 4 top 25 players en route before losing to world no.1 Iga Swiatek. As a result, she entered the top 50 rankings for the first time since July 2021 on October 17, 2022.

Donna Vekic dated 3-time Grand Slam Champion Stan Wawrinka from 2015 to 2019. Stan divorced his wife Ilham Vuilloud, who was a swiss TV presenter in 2009, before dating the Croatian. They broke up in 2019 after being spotted many times over the years. As per the latest reports and she’s currently dating fellow Croatian tennis star Borna Coric. He attained a career-high ranking of world no.12 on November 5, 2018. Vekic was spotted watching his match against Nadal from the stands in the 2022 US Open.

He won the 2022 Cincinnati Masters 1000 title, defeating Stefanos Tsitsipas in the final. Consequently, he became the lowest-ranked Masters 1000 champion of all time.

Donna Vekic was born in Osijek, Croatia on June 28, 1996, in a family with a sports background. Her father is Igor Vekic who was a footballer and played for the Croatian national team as well. Donna’s mother was Brankica Vekic a short-distance runner as well. She is currently living in Monte Carlo, she bought a new house in 2019.