In yet another COVID-19 positive case at the Olympic village, Dutch tennis star Jean-Julien Rojer tested positive of COVID and as a result, he can’t compete further in the tournament. He was playing the men’s doubles event with Wesley Koolhaf and the duo were one of the strongest on court. They were seeded 8th and had a realistic chance to win a medal.

Earlier, they cleared the opening hurdle by beating the Belgian team of Sander Gilles and Joran Vliegen in straight sets and were to face Marcus Daniell and Michael Venus of New Zealand. But after Rojer testing positive, the New Zealand duo have been given a walkover into the third round.

ITF issued an official statement regarding the same: “The ITF has been informed that the athlete Jean-Julien Rojer of the NOC*NSF (Netherlands Olympic Committee Netherlands Sports Federation) has tested positive for COVID-19 and placed in isolation as per the set procedures.”

“Rojer and his partner Wesley Koolhof have been withdrawn from the men’s doubles event, and their opponents Marcus Daniell and Michael Venus of New Zealand receive a walkover into the quarterfinals.” 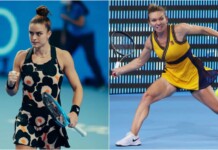