“35 is the new 25!” Novak Djokovic issues warning to young players at Australian Open 2023 after win against Grigor Dimitrov

Novak Djokovic sailed into the fourth round of the Australian Open 2023 with a straight sets win over Grigor Dimitrov.

by Nirmit Mehta
in Australian Open 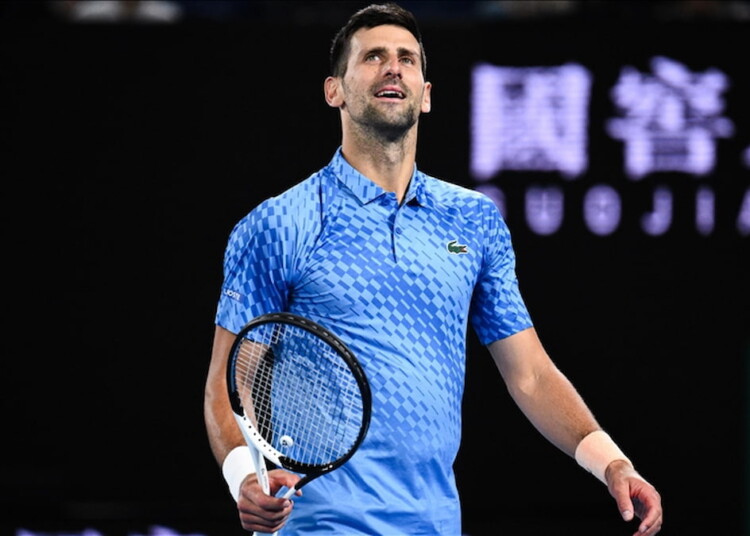 Novak Djokovic is through to the fourth round of the Australian Open 2023, after securing a straight sets victory over Grigor Dimitrov on Saturday. This was by no means an easy matchup for the fourth seed, as the Bulgarian came into this fixture on the back of a few quality results.

Barring a couple of hiccups in the first set, Novak Djokovic played a brilliant match to sail through into the last 16. However, the nine-time Australian Open champion admitted that he did not feel at his physical best during the entirety of the battle. The 35-year-old has been dealing with a hamstring issue since his Adelaide Open semifinal win over Daniil Medvedev a couple of weeks ago.

The hamstring injury has kept his Australian Open run right on the edge, given that he feels minor discomfort during his matches. The 22-time Major champion was relieved to get past Grigor Dimitrov, whom he reckons as one of the most talented players on the tour. The Serb believes that the intensity of the match was right up there from the first point.

“Turning point was the very first game, every point mattered. Physically, I was going up and down, I admire and respect Grigor, one of most talented players. He was locked in up to the very last shot. Incredible battle,” said Djokovic.

Related:  Patrick Mouratoglou reveals how Novak Djokovic was shamed for being too ‘cocky’ in pursuit to end Nadal-Federer domination

“One of the quickest player on the Tour,” Novak Djokovic on facing Alex de Minaur in the last 16

Novak Djokovic made a cheeky comment regarding his fitness levels at the age of 35. He believes that he is in the best physical shape possible, but acknowledges the fact he is in the last part of his tennis career.

“35 is the new 25! When you come to last stage of your career, you value everything even more,” said Djokovic. The path only gets tougher for the veteran, as he will face the home favorite, Alex de Minaur for a place in the quarterfinals on Monday. The Serbian lavished praised on the Australian, claiming that he is among the fastest and most agile players on the men’s tour.

“One of the quickest player on the Tour, he improved a lot and he has got Lleyton Hewitt in his corner,” Djokovic said of Minaur. Novak Djokovic is certainly the clear favorite to go all the way in Melbourne for a record 10th time this time around. However, he will hope that his hamstring issues do not culminate into something serious, which could force him to withdraw from the tournament.

Novak Djokovic could level Rafael Nadal’s tally of 22 Major titles if he claims the title in Melbourne in the coming week. The former world number has a tricky draw ahead of him, as he could face Holger Rune in the quarterfinals. The Dane defeated Djokovic to claim his first ever Masters title in Paris in November last year.

Fans blast the ‘boring’ Australian Open 2023 after exits of top seeds Nadal, Ruud, and Medvedev among others