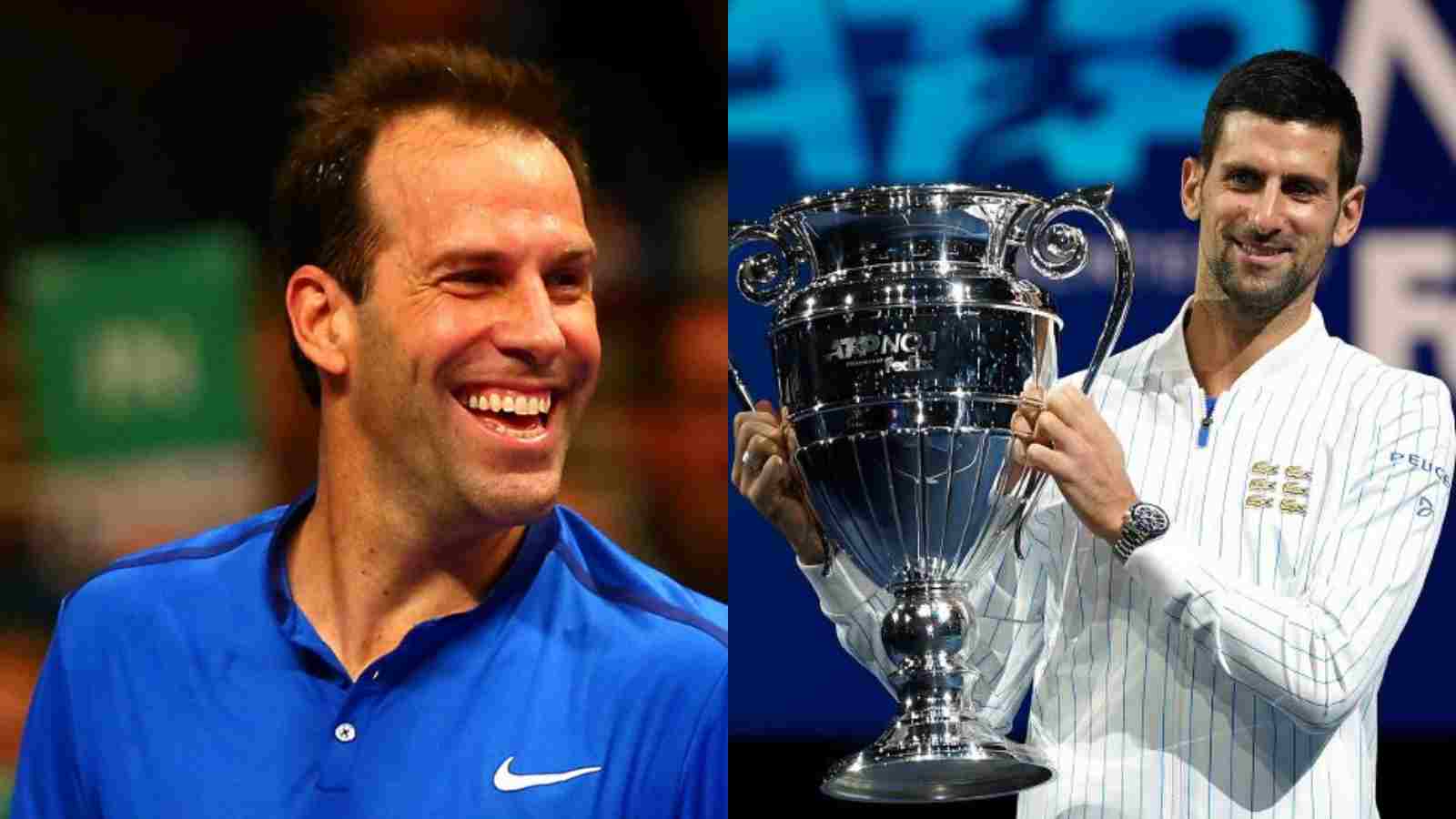 Tennis icon Novak Djokovic won the sixth ATP Finals title of his career, the first in the last five years. It is also the first ATP Finals title he won in his thirties. He is now 35 years old. However, contrary to many beliefs, he is as fit as any youngster and up-and-rising player wishes to be. The 21-time Grand Slam champion has been on a winning spree since winning the Wimbledon. He won 4 ATP singles titles and one Grand Slam this year and wishes for more.

Following his incredible 2022 run on the professional tennis front, former British-Canadian tennis player Greg Rusedski has given predictions for the 2023 season. As per the tennis sensation himself, Novak Djokovic is fit and can play for another few years. During this period, he can win many Grand Slam titles.

“I mean let’s not forget Martina Navratilova won her last Wimbledon title at 39 years of age so I see Novak out there if he’s healthy for another four, five years so imagine how many more Slams he’s going to have underneath his belt. I don’t think he wants to get the men’s record, I think he wants to get the all-time record. Margaret Court 24. Serena 23, he wants to have 25,” he said in an interview as reported by The Express.

Novak Djokovic can keep his fitness levels at peak. He can surely win many more major tournaments. He is back in Down Under and everyone is betting on him to win his tenth Australian Open singles title next year.

Also Read: American doubles specialist Rajeev Ram expresses his anger at the US Davis Cup team for excluding him from the Finals squad

The 2023 Australian Open is waiting for Novak Djokovic

Novak Djokovic can keep his fitness levels at peak, he can surely win many more major tournaments. He is back in Down Under and everyone is betting on him to win his tenth Australian Open singles title next year.

Novak Djokovic is considered by many one of the best players on the planet. He is physically very fit. He has won every major tournament in the world. But he wishes to be the best.

The Big Three of male tennis- Rafael Nadal, Roger Federer, and Novak Djokovic have won at least 20 Grand Slam titles throughout their career. The Spaniard is leading the list with an all-time high of 22 Grand Slams. However, Novak Djokovic has the chance to catch up with him, if he can win the 2023 Australian Open singles title.

He missed out on the whole tournament as he was deported from Down Under due to his unvaccinated status against Covid-19. But this time, The Federal Government of Australia has given him a visa and permission to participate in the first Grand Slam of the year.

The people of Australia, the organizers, and the former tennis players welcomed the news. The Serbian will have to face his old rival Rafael Nadal and some of the brilliant players on the tour such as Carlos Alcaraz, Casper Ruud, Daniil Medvedev, Taylor Fritz, Cameron Norrie, etc. to win his career’s 22nd Grand Slam singles title.

Also Read: Why are the tennis balls yellow and not green or red?