‘I’m not focused on any stats or numbers,’ A motivated Iga Swiatek wins her 29th consecutive match to reach the second round of the 2022 French Open

It was all business for World No.1 Iga Swiatek on Court Phillipe Chatrier as she registered a very solid opening-round win over Lesia Tsurenko to open her 2022 French Open campaign. The Pole defeated Tsurenko in straight sets 6-2,6-0 in less than an hour to advance into the second round.

With this win, Swiatek extended her winning streak to 29 matches. She hasn’t lost a tennis match in the last 3 months and is inching closer to the Williams sisters’ record of most consecutive wins in the 21st century.

Swiatek was on song right from the very start and held her serve to perfection. Playing under a closed roof, she exploited the humid conditions and played the ball flat to surprise Tsurenko. He didn’t take much time to draw first blood and with multiple breaks of serve, she won the opening set very easily 6-2.

Given the form Swiatek is in right now, it seems impossible to stop her and Tsurenko faced the same heat. Swiatek was even more dominant in the second set and was hitting winners at will. She was sliding all over the place and the Ukrainian had no answers to her game. With a triple break’s advantage, she bageled her opponent to take the second set 6-0.

Also Read: ‘Osaka finished?’ Amanda Anisimova knocks Naomi Osaka out in the first round of the 2022 French Open

‘I’m aware that someday my streak will stop’: Iga Swiatek

In the post-match interview with Mats Wilander, Swiatek spoke about playing under the roof and said that despite the humid conditions, she doesn’t mind playing in indoor conditions as she won the French Open in similar conditions a couple of years ago.

“For sure it’s more humid. But honestly, I don’t mind. It was raining all the time when I won there in 2020 two years ago. But yeah, the roof is very tricky when you toss the ball and I don’t think people notice that but for us players, it’s pretty tricky. I’m glad that I got to practice here on an indoor court,” she said.

Wilander said that she doesn’t seem to lose a tennis match, talking about her 29-match winning streak but Swiatek responded by saying that she’s pretty sure she can lose. She talked about her work ethic and said that she isn’t focused on numbers on any stats.

“I’m pretty sure that I can but I just wanna keep going. I’m aware that someday my streak may stop so basically I’m working every day to be 100% focused on my tennis and not on any stats or numbers. I’m very focused and kind of in a bubble. I have been doing that and I’m going to continue doing that here,” she said.

Also Read: “I can’t be normal” Carlos Alcaraz speaks about the demerits of his rising popularity as he advances in the 2022 French Open

Also Read: “I didn’t believe in a full-time coach either” John McEnroe discusses Emma Raducanu’s decision to not have a head coach in the French Open 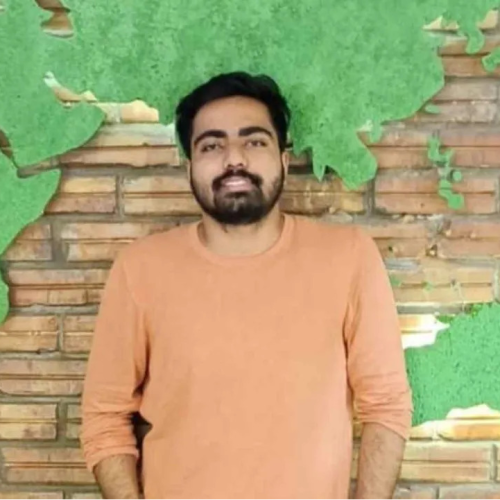 Lakshya Chopra
Lakshya Chopra is an aspiring sports writer and enthusiast who covers tennis for FirstSportz. He is currently pursuing his B.Tech (Computer) degree from VIIT, Pune. He is the most passionate guy in the room when it comes to Sports. He is hugely inspired by Rafael Nadal.