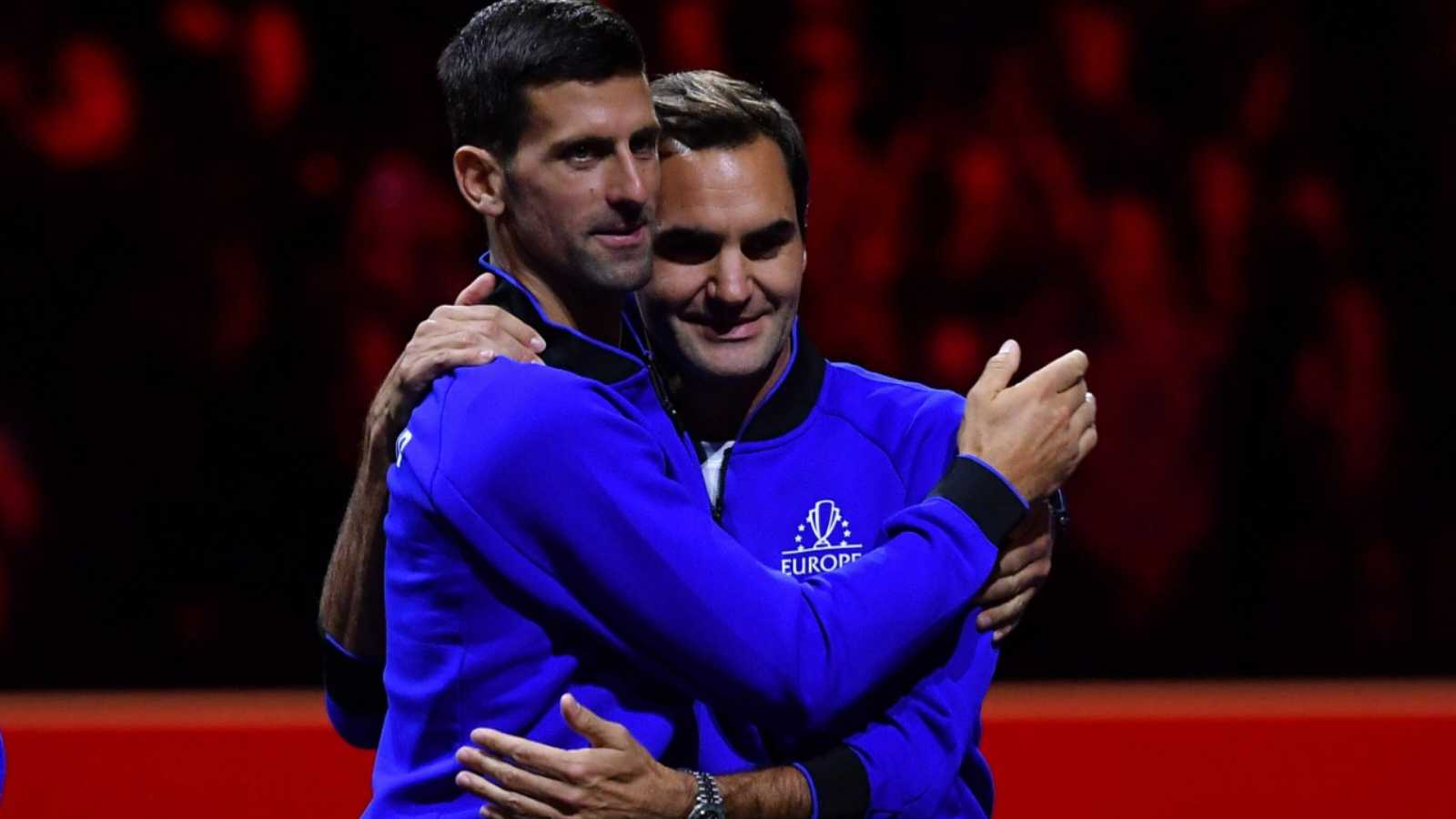 In a recent interview with Tennis Channel, Serbian player Novak Djokovic heaped rich praises for his rival and friend Roger Federer after the Swiss icon announced his retirement from professional tennis back in September 2022.

Djokovic showed respect for their iconic on-court rivalry by pointing out the never-ending legacy of Roger Federer in an alluring way, much to the delight of viewers. As per the tennis legend himself, despite being retired from tennis, Roger Federer’s legacy and the mark he has created in the realm of tennis with his impeccable journey is going to live forever as he is a real inspiration for a lot of up-and-coming players out there. He opened his heart out when asked about his feelings he had in Laver Cup, the last tournament played by the Swiss legend.

The Serbian quoted, “His footprint, his legacy, his mark that he left behind is going to live forever…he has not only achieved so much on the court but he has inspired so many young players to take a racquet in their hand“

The big 3 legends of tennis dominated the circuit for almost 15 years carried by Roger Federer-Rafael Nadal in the beginning and then Rafael Nadal-Novak Djokovic by the end of it. Their iconic rivalry has often taken center stage at the business end of some of the most important tournaments and is considered to be one of the greatest rivalries in the history of sports. That’s not all, the trio has also managed to turn heads with their most iconic and successful Grand Slam final thrillers in history.

Federer-Nadal rivalry is considered the best by most people because of the emotional aspects of the game fueled by the ‘Greatest Match of All Time’ in the wimbledon final, 2008.

The Spaniard came “out of syllabus” at a time when Federer was ruling the tennis world alone. Nadal leads the head 2 head 24-16 overall and 10-4 in Grand Slams.

By just looking at the numbers, Nadal-Djokovic can be considered the best. The head 2 head is almost in equilibrium where the Serb leads the Spaniard by the tiniest of the margins 30-29 but in slams, Nadal leads 11-7.

Federer-Djokovic rivalry is also put on par with the above two rivalries. Though Djokovic came in full flow in 2011 after the “prime” Federer era, the Swiss was still able to match up with the Serbian and he only trails by 23-27 in the head-on-head overall and 6-11 in Slams.

With that being said, it seems like the Tennis world might never witness such an epic and loved domination as these three. The Big 3 have accounted for a total of 63 Grand Slams between them with Rafael Nadal leading with 22 followed by Novak Djokovic with 21 and Roger Federer with 20.

Also read: “Very immature, needs a lesson in adulting” Fans condemn Coco Gauff for crying after another underwhelming performance at the WTA Finals

Also read: “He’s just a sore loser, such a disgrace” Carlos Alcaraz slammed by fans after mid-match retirement at the 2022 Paris Masters