Rafael Nadal reveals why Novak Djokovic might not be one of the favorites to win the 2023 Australian Open despite being a 9-time champion. 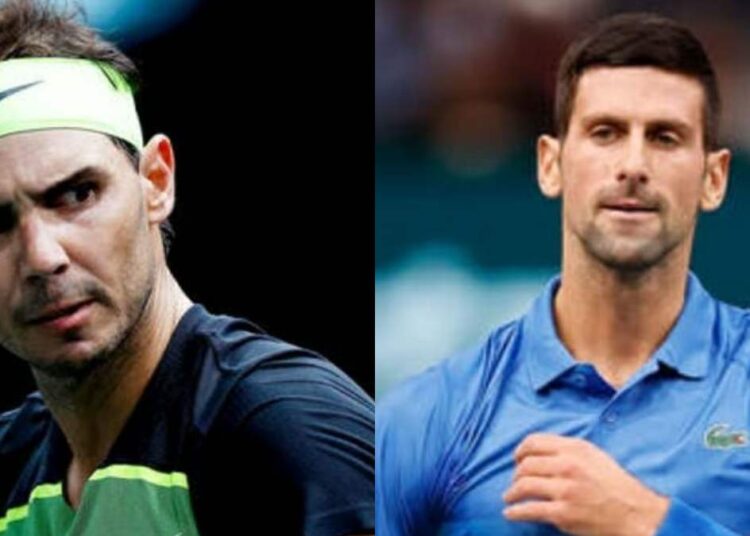 World No 5 Novak Djokovic faced one of the major setbacks in his career at the start of the year. It was due to his unvaccinated status to Covid-19 and his firm stance of neither getting vaccinated nor having the intent to do so. With the absence of the Serb, Rafael Nadal won the 2022 Australian Open. With a few days left for the kickstart of 2023, the Spaniard shares his opinion regarding Djokovic being one of the favorites at Down Under.

Djokovic entered Australia with a valid medical exemption which was later denied. On the eve of his match, he had deported from the country followed by a three-year visa ban. Following that, he skipped all the tournaments in the North American swing, especially the US Open. But he got a huge relief as his visa ban was overturned after the change in the country’s immigration rules. He will make his comeback at Melbourne Park after two years.

The 22-time Grand Slam would be aiming to defend his title whereas Djokovic would be looking to win his record 10th title. Nadal asked if the World No 5 still remains to be the favorite to win the title and said that it is an obvious choice. However, the Mallorcan admitted that there is a lot of competition on the Tour from young players.

“Obviously, someone who has won a tournament 9 times is a candidate. But there are many young people who push and they are open tournaments,” said Rafael Nadal during an interview.

He has been dominating the sport for the past two decades. Despite skipping tournaments, he ended the year on a perfect note. He was the undefeated champion at the Year-end Championship as he won it for the sixth time. The Serb made it to four consecutive finals on the ATP Tour and managed to win three times. Novak Djokovic has won each Grand Slam title at least twice among the 21 Grand Slam singles titles in his kitty.

The 21-time Grand Slam champion is part of the team Falcons at the World Tennis League in Dubai. He had earlier admitted that he looks forward to creating great memories with his teammates while being excited to play at the first edition. He lost his first match against Alexander Zverev. Moreover, he withdrew at the last minute from his second match against Nick Kyrgios which upset the action-packed Coco-Cola Arena in Dubai. He admitted that he isn’t 100% fit to play.

Moreover, the 7-time Wimbledon champion is the fifth player in the Open Era to win 90 or more ATP singles titles. Out of the 91 titles, 38 have been Masters1000 titles. He unlocked another record to lead the list of most ATP-1000 Masters titles won without dropping a set. Novak Djokovic has won 11 times which is the most by a player in the Open Era. The next two players on the list are Rafael Nadal with 8 times and Roger Federer with 7 times winning the Masters1000 title without dropping a set.