WATCH: Aryna Sabalenka calls out the crowd following her third round victory at the 2023 Australian Open 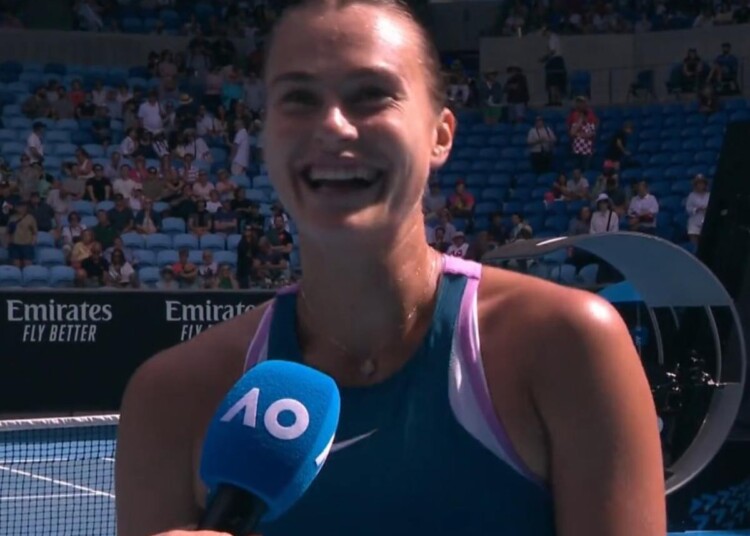 Aryna Sabalenka, the 24-year-old Belarusian professional is one of the best players in the women’s circuit currently. The Belarusian has been putting in excellent performances at the ongoing Australian Open, the Belarusian has been surrounded by controversies for quite some time now due to Russia’s invasion of Ukraine.

Sabalenka has been pretty consistent at this year’s Australian Open. The Belarusian beat Tereza Martincova in the first round, and American professional Shelby Rogers, Sabalenka has now beaten Elise Mertens to make her way into the fourth round of the tournament. Sabalenka has beaten all of her opponents in straight sets and she will be looking to continue this form further into the tournament.

Aryna Sabalenka put in yet another dominant performance at the Australian Open. The Belarusian professional has now made it to the fourth round of tournament, she came in to compete against Mertens full of confidence coming from back-to-back wins and confidence is what the Belarusian displayed as she comfortably made it to the next stages of the tournament.

Things will start to get tougher from now on as Sabalenka will be going up against Belinda Bencic in the fourth round of the Australian Open. The match-up promises to be another cracker of an encounter as both the players will be looking to go further into the competition.

After Sabalenka’s dominant victory, fans took to Twitter to show their support for the Belarusian professional as she keeps putting in excellent performances one after the other.

“I’m definitely the worst athlete in the family so far,” Sebastian Korda has a funny take on his rankings after beating Daniil Medvedev in the 2023 Australian Open

“I didn’t really watch Wimbledon,” Iga Swiatek ahead of her clash with Elena Rybakina at the 2023 Australian Open