In the first round of the inaugural WTA Melbourne Summer Set 2 2022, World No. 36 and the 4th-seeded Sara Sorribes Tormo will take on World No. 83 Beatriz Maia.

Sara Sorribes Tormo started the 2021 season ranked 66th in the world and put in good performances to finish 36th at the year-end rankings. Her best result came at Guadalajara in March where she won the title defeating Eugenie Bouchard in the finals. She last played in the 2021 season at the Billie Jean King Cup where her team was knocked out in the round-robin stage.

Beatriz Maia continued her struggles on the WTA Tour and played most of her matches in the lower category events of the tour and ITF events as well. She had started the 2021 season as World No. 362 but ended as World No. 82 showing great improvements and will be hoping for a good season in 2022 as well.

This will be the fourth meeting between the duo who last met in the 1st round of the 2019 Croatia Open where Sara won in straight-sets but trails in the head-to-head tie 1-2.

Looking at these numbers, their recent form and performances in the past few weeks of the last season, Sara Sorribes Tormo seems to be the one heading into the next round given her better consistency and a mixed run of Beatriz. 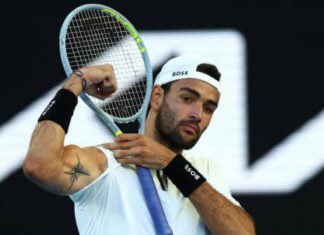