Wildcard entrants Nick Kyrgios and Thanasi Kokkinakis continue their dream run at the 2022 Australian Open as they reach the finals of the Slam aiming for their first-ever Grand Slam title. The Australians defeated the 3rd seeded pair of Horacio Zeballos and Marcel Granlloers 7-6(4), 6-4 in 1 hour and 47 minutes in front of a packed house on the Rod Laver Arena with Rod Laver himself in attendance.

This was the 4th seeded pair the Australians took down in their 5 matches so far at the Slam and have been a complete surprise package. The run has been extra special given the top-seeds they have taken down and are now surely the title favourites for the Slam which will be an all-Australian affair.

With Kyrgios and Kokkinakis on the court, there is always some drama that takes place on the court and this match was no different. After an hour-long first-set that was decided in the tiebreaker, Kyrgios was pumped up with emotions and lashed out in the second set after losing a point that saw him smash his racquet on the court and then flip his finger towards the crowd as Kokkinakis picked up his broken racquet.

It will be a glorious day for Australian tennis with Ash Barty also reaching the finals in Women’s singles while the Mixed Doubles finals will also have Jaimee Fourlis and Jason Kubler battling for the title. While the mixed doubles finals are on Friday, the finals for men’s doubles and women’s singles will be on Saturday and it could be a fantastic end to the Slam for the Australian players.

Also Read: “Nick Kyrgios will never fulfil his potential because he has the maturity of a 10-year old” Michael Venus FED UP with ANTICS of the Australian 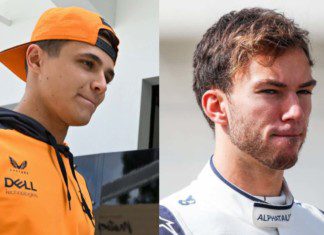