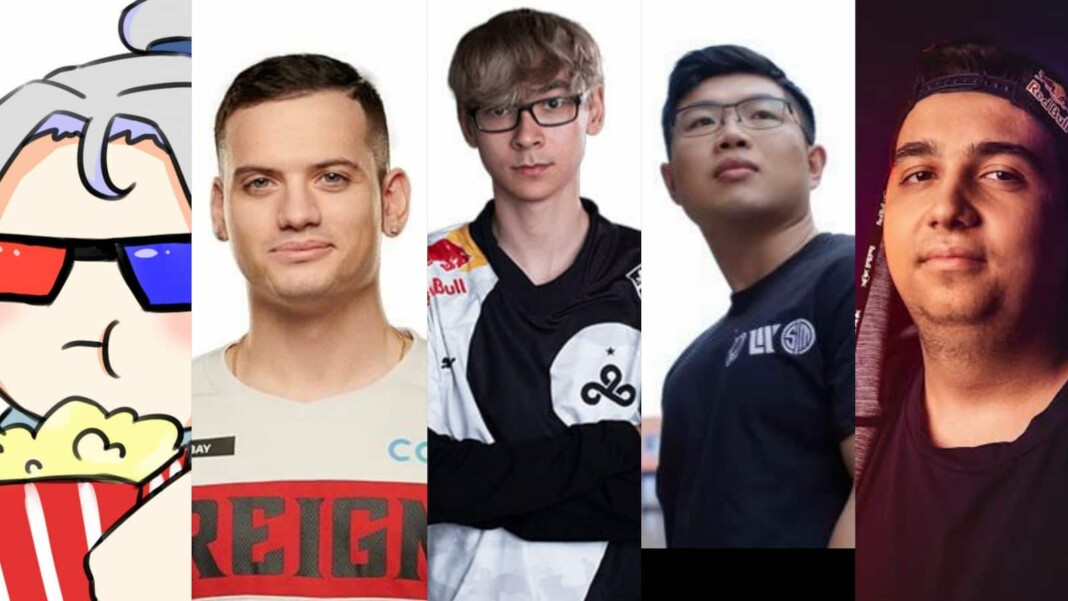 Riot Game’s tactical shooter Valorant is different from other competitors for its unique set of Agents and unique sets of abilities they come with. Although it is a team game but Best Jett Players always manage to get the limelight. Jett always has been the ‘Poster girl’ for Valorant.

(Q) UPDRAFT: Instantly propel Jett high into the air. She can have upto 2 updrafts in a single round which costs 100 credits each.

It’s really hard to pick only 5 Jett players from the Valorant International scene, This list focuses on Players who created a new playstyle or ‘META’ and had the most impact in Ranked and Tournaments with this duelist in Valorant.

Valorant fans who’ve followed the game even for some time will have definitely heard of the infamous ‘Korean Jett’. He is currently on a Korean roster called Northeption. All the community knows him for his amazing montages on Youtube. His mastery with the Blade Strom is one of a kind, and the way he combos that with other abilities is totally phenomenal. He always pops here and there in the top 10 Asian leaderboards as well making him one of the best jett players. He single-handedly created the ‘Agrresive Jett META”.

You can watch his jaw dropping montages on his Youtube Channel and catch him live on his Twitch.

Faze Clan babybay showed the world a way of playing the game that no one ever expected. CSGO players were believed to be better on Valorant but the “Smeag” style of babybay changed everything forever. Most of the Faze clan players coming from a Overwatch background struggled at first in the Tactical shooter genre but after the addition of coach Trippy the game changed. babybay’s anti CSGO playstyle shocked everyone and made him of one the best Jett player of this time.

Watch him live on Twitch and see him amazing highlights on his Youtube channel.

The only European player making in this list in Acend cNed. European teams tend to sleep on Jett most of the time but cNed is changing it all. His playstyle is inspiring more and more european players to play Jett. The 19-year old from Turkey is putting up insane numbers with Jett. He also has the second-highest average combat score of any player in Europe regardless of agent (behind Liquide ScreaM) and the seventh highest in the world overall.

You and watch and learn from him on his Youtube Channel.

Former CSGO awper Wardell doesn’t miss. TSM‘s Jett main Wardell was one of the first players who mastered Jett’s kit and combined with his insane Operator skills. This is the player who created the ‘Operator Jett META’. This unbelievably fast player can kill players up on his face with the sniper rifle. After watching him dominated so hard Riot decided to nerf both Jett and Operator multiple time but they just can’t stop Wardell.

You can watch Wardell and the hype he brings on his Youtube and Twitch channel.

With no surprise TenZ is yet again toping another list and no one else but Sentinels TenZ deserve this spot. Top 10 NA leaderboard has been his home for the longest period. This young AIMGOD makes other Radiant and Pro players look like newbies. His snappy but on point Aim with Godly gamesense makes him the Best. With Sentinels, he’s playing smarter as part of a team which makes him a even better player because of course at the end of the day it is a team game. Tyson makes crispy headshots with rifles and quickscopes with operator look easy. This North American Prodigy definitely deserves to be called The Best Jett Player in Valorant.

Watch him live on Twitch and see him amazing highlights on his Youtube channel.