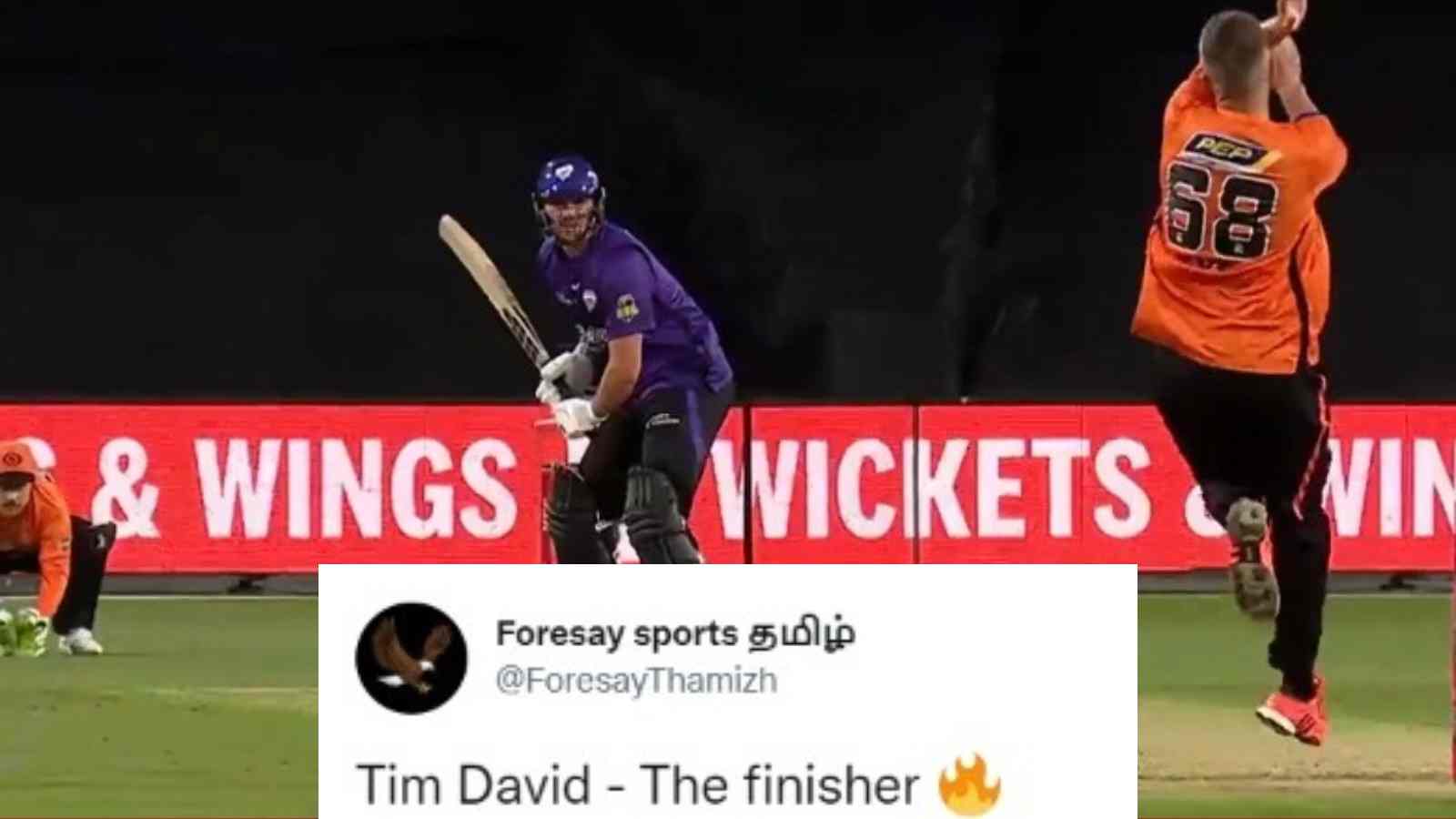 Hobart Hurricanes are locking horns with Perth Scorchers in the ongoing Big Bash League on Monday, December 19, at the UTAS stadium. Hurricanes’ Tim David gave a brilliant finish with a quickfire to take his team to 172/8 in 20 overs.

David remained not out in his knock of 46 runs off 28 balls that were studded with four boundaries and a six at an impressive strike rate of 164.29. But he wasn’t the high scorer for the Hurricanes. Wicketkeeper Matthew Wade came at no.3 and stitched a 67-run stand with opener Ben McDermott.

Wade played 29 balls and scored 51 runs, laced with five fours and two sixes at a strike rate of 175.86. But in the seventh over, he became a victim of Andrew Tye. Tye’s shorter ball made Wade guide the ball over the backward point, but he completely mistimed the shot. The ball traveled toward Adam Lyth, and he pouched the sitter safely.

Opener D’Arcy Short also added 35 runs from 25 balls (with two fours and a six), while Shadab Khan scored 22 runs off 17 balls. Apart from these batters, others contributed just single-digit runs.

Meanwhile, Hurricanes won the toss and decided to bat, and reached 172/8 in their allotted 20 overs. Among the Scorchers bowlers, Jhye Richardson scalped three wickets, Tye got two, and Jason Behrendorff got one.

The Scorchers are chasing the target and they have so far scored 92/3 in 10.4 overs (at the time of writing this article). Josh Inglis and Ashton Turner are playing at 32* and 11*, respectively.