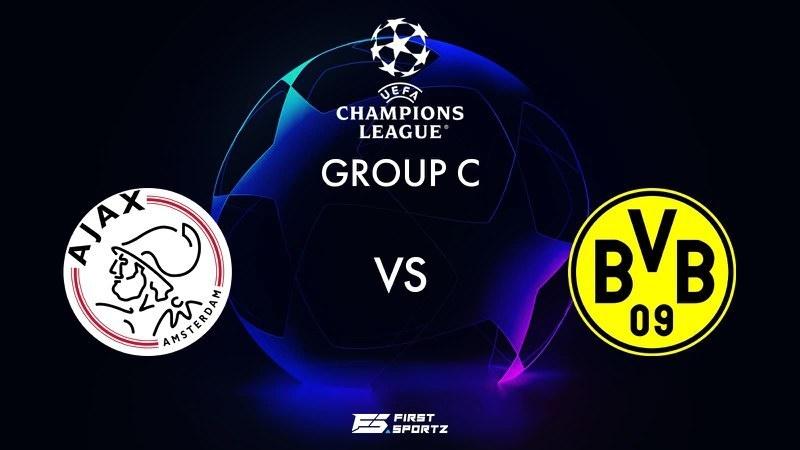 Ajax defeated Borussia Dortmund 4-0 in the UEFA Champions League on Tuesday night to register a brilliant win. The Dutch team were utterly dominant and hardly gave the German visitors any chance. Marco Reus got an unlucky own goal before Daley Blind doubled the lead in the first half itself. Sebastien Haller scored his sixth goal for this season’s UEFA Champions League along with Antony getting a well deserved goal.

Here are the player ratings for the encounter between Ajax and Dortmund :

Remko Pasveer (6.5/10)- The Ajax goalkeeper didn’t have much to do thanks to the wonderful defending. But he made a big save to deny Erling Haaland in the end of the first half.

Lisandro Martínez (6.5/10)- The defender had a solid game for the Dutch team. He was constantly challenging for the aeriel duels and saw out Erling Haaland and company.

Jurriën Timber (7.5/10) – A very mature performance from Jurien Timber tonight. He was extremely calm and composed on the ball and never looked in any trouble when being pressed.

Daley Blind (8/10)- Daley Blind thundered Ajax into the two goal lead after a thumping shot from 20 yards out. He’s set up by Sebastien Haller and unleashes a powerful shot with his left foot which gives the goalkeeper no chance.

Noussair Mazraoui(6.5/10) – Mazraoui had a crack at goal in the first half after some lovely interchange play with Gravenberch. He unleashed a powerful shot towards the near post but it was blocked.

Steven Berghuis (6/10)- Berghuis had a decent match for the home side tonight. He made some good through balls for the forwards and was actively involved in the attacking play.

Ryan Gravenberch (7/10)- The Kopa trophy nominee will be unhappy with the great opportunity he missed in the first half as he had time and space at the edge of the penalty box.

Edson Álvarez (6/10)- Edson Alvarez had a decent match and was continuously involved. However he was the first Ajax player to be booked after a cynical tackle on Malen.

Sébastien Haller (8.5/10) – Sebastien Haller had some half decent opportunities in the first half but couldn’t convert. However when the chance presented itself in the second half he was right on point. Moreover he also had a penalty call after the tackle from Akanji. Additionally he also got the assist for Daley Blind.

Dusan Tadic ( 7.5/10)- Dusan Tadic was operating from the left hand side of the Ajax defence. He used his physical presence well and held up the balls well to release the other players. Moreover his free-kick got the own goal as well

Antony (9/10) – What a fantastic performance from the Ajax winger tonight. Antony was in top notch form tonight and displayed all his skills. His decision making and passing was extremely good and he went past the Dortmund defence with ease. Finally he got his goal in the second half with a delightful curled effort.

David Neres (6.5/10)- The youngster came on in the second half and instantly made an impact. He had a good low shot saved by the Dortmund goalkeeper.

Davy Klassen (5.5/10)- Klassen came on in the second half for Steven Berghuis. He was operating in the number 10 role for Ajax.

Gregor Kobel (6/10)- Kobel had absolutely no support from his defenders tonight. However he made an important save in the first half denying Gravenberch’s free kick.

Mats Hummels (5.5/10)- The experienced German defender will be disappointed with hai performance tonight. Gave far too much space to the Ajax forwards and was slow in his gameplay.

Manuel Akanji (6/10)- Akanji was the only Borussia Dortmund defender who had a half decent game. However he too made a rash tackle on Haller which could’ve been a penalty.

Nico Schulz(5/10)- The left back had a horror time tonight defending against Ajax winger Anthony. He was completely beaten on pace and misjudged a lot of passes.

Thomas Meunier (5.5/10)- A pretty disappointing game from the Belgian international who wasn’t at his best tonight. Sloppy in his passing and hardly could go ahead with his runs.

Axel Witsel ( 5/10)- The Belgian midfielder had a close shave after the tackle on Dusan Tadic who was through on goal. Witsel was completely beaten and could’ve well been sent off after the matter was reviewed by the VAR.

Julian Brandt (5.5/10)- Not a very impressive game from the German youngster tonight. Much like his teammates he wasn’t able to make clinical passes and get the important goals.

Jude Bellingham (5.5/10)- A not so convincing performance from the English youngster who still needs to work on his decision making. Tried far too many take ons in the first half but failed.

Erling Haaland (6.5/10) – Haaland had only one good opportunity in the first half as he held off Alvarez well but his shot was saved. Other than that the striker was hardly brought into the match.

Donyell Malen (5.5/10)- Malen had a poor game tonight and could hardly get into the action. Hence this was the reason he was taken off quickly after the end of the first half and was replaced by Thorgan Hazard.

Marco Reus (5/10)- A game to forget for Marco Reus as he found himself in an unlucky position for the first goal. He tried to clear the ball away with a header but misconnected and it ended up in his own net.

Emre Can (5/10)- Emre Can came on in the second half at the half way break. However the German international was poor tonight as he could not stop Antony who went past him easily and secured the goal.

Thorgan Hazard (6/10)- The Belgian midfielder was the second substitute for Borussia Dortmund as he came on for Malen. He was quick in his passing but couldn’t find the goal for the visitors.

Marius Wolf( 5.5/10)- The German youngster was brought late on to replace right back Thomas Meunier. He got some valuable minutes under his belt