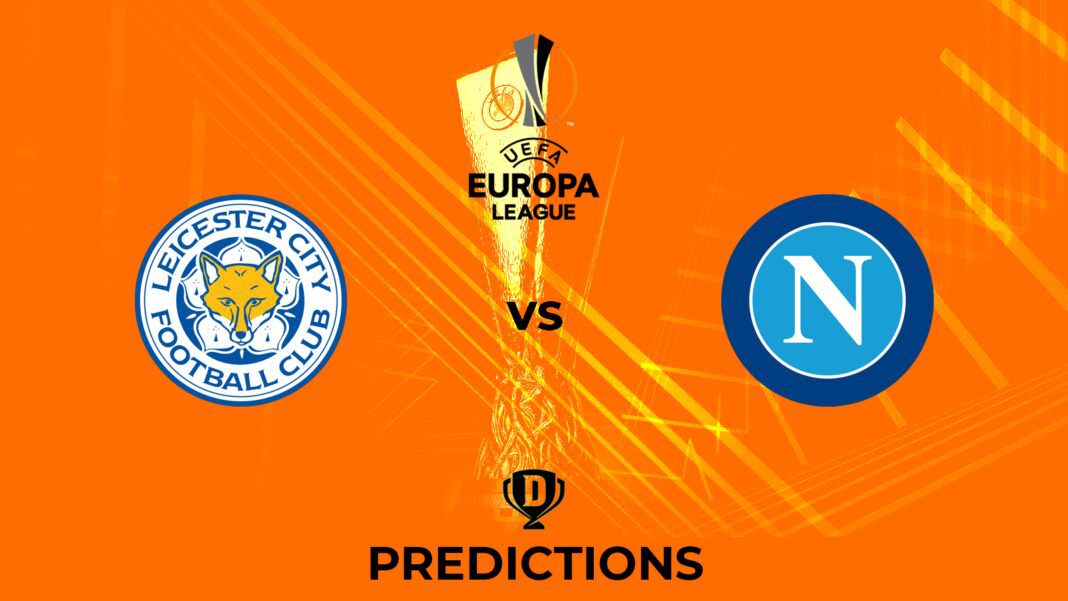 LEI vs NAP: Leicester City will face Napoli in the UEFA Europa League group stage at 12:30 a.m. on Thursday at the King Power Stadium.

Leicester City lost the last match against  Manchester City in the English Premier League by 0-1. Recently, In the Premier League, Leicester City has won 2 matches and lost  2 matches in their past four tie-ups, despite lineup shuffles that have the potential to boost the league’s momentum. Brendan Rodgers and co. will be hoping to make more progress in the Europa League after only making it to the Round of 32 last time around.

Meanwhile, Napoli defeated  Juventus  2-1 in Serie A. Matteo Politano and Kalidou Koulibaly scored to set up the victory, which extended their winning streak under new manager Luciano  Spalletti. They’ve had a terrific start to the season in Serie A, gaining all nine points in their first three games and dominating their opponents in their encounters. They are undefeated in their past seven Europa League group stage away games, winning five in a row before drawing 1-1 at AZ on the fifth matchday in 2020.

LEI vs NAP: head to head

In the UEFA Europa League, the two sides have never competed against each other.

Due to injuries, James Justin, Nampalys Mendy, and Wesley Fofana will be unable to play. James sustained a severe ACL knee injury, while Fofana was rushed to the hospital with a fractured fibula. Mendy has a groin ailment that he sustained while playing for Senegal.

Diego Demme and goalie Alex Meret will miss the game for Napoli due to knee injuries and vertebra fractures, respectively. Stanislav, a Slovakian midfielder, will most likely miss the game due to biceps inflammation. Dries Mertens will also be absent from the squad.

The Europa League provides an excellent opportunity for Leicester City to demonstrate their increasing talent, and a deep run in the tournament will speak well for them. Napoli, on the other hand, have a new manager in the form of Luciano Spalletti at the helm. They have a solid squad, and the signing of Andre-Frank Zambo Anguissa strengthens their midfield. Though Leicester City has struggled recently, a change in their attacking lineup can help the squad. Thus, the match will result in a draw.

Also Read: ‘He would only accept a winning project’ Di Marzio about Antonio Conte’s return to Premier League