UFC 277: When and Where to watch this spectacular PPV card 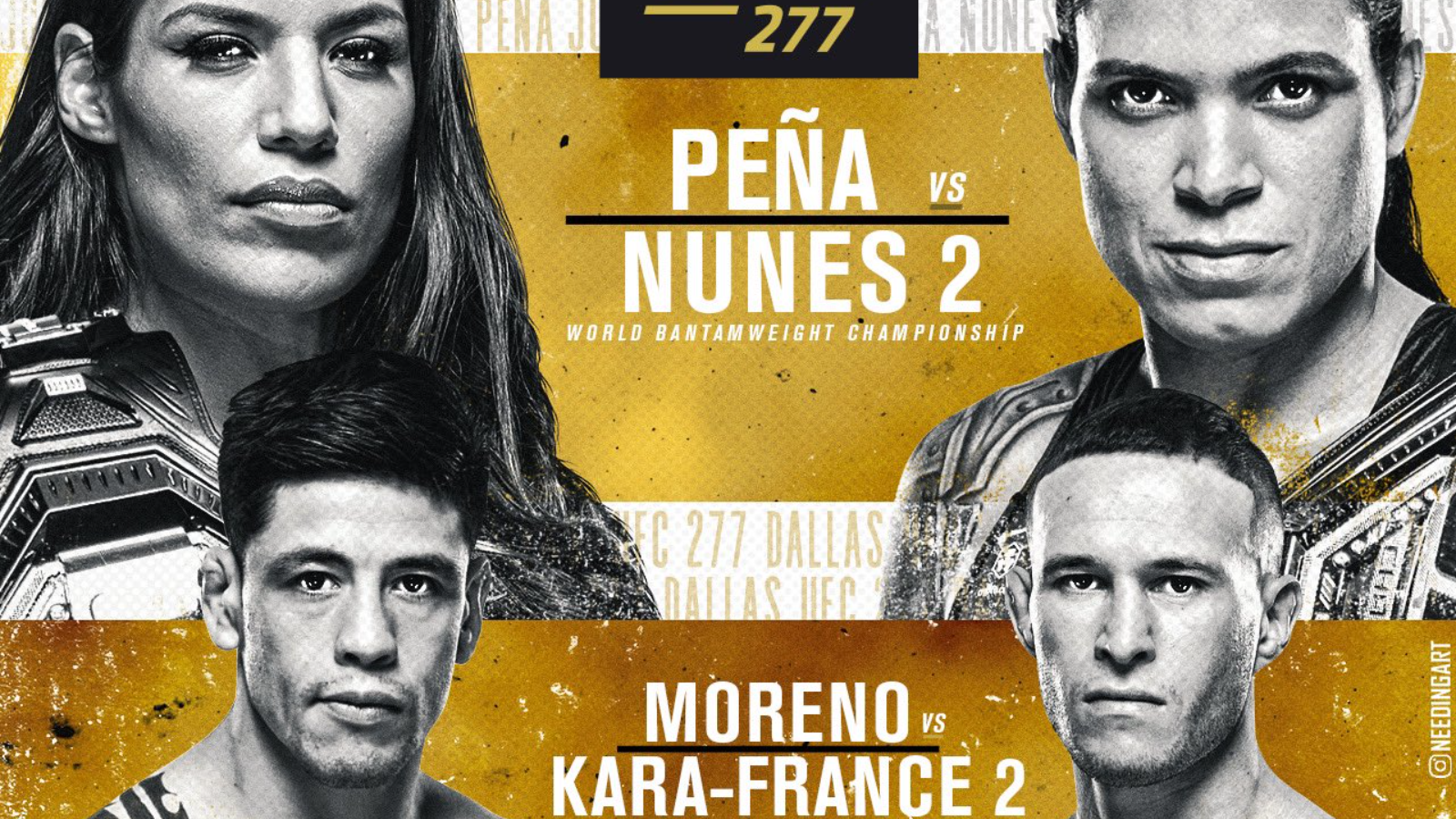 UFC is back with an amazing pay-per-view event. This time it is UFC 277, which kicks off this weekend with an amazing lineup of fights. This event is headlined by the much-anticipated matchup between, Amanda Nunes and Julianna Pena for the women’s bantamweight title. Many believe this is the biggest women’s rematch in the promotion’s history.

Julianna created one of the biggest upsets, if not THE biggest upset in the sport’s history by dethroning the GWOAT in their previous meeting. This is Nunes’ turn to prove to the world that her previous fight was only a slip-up while Pena is here to show that she deserves to wrap that bantamweight belt around her waist.

The co-main event of the fight is another banger. Brandon Moreno and Kai Kara-France run it back once again for the second time. If the upcoming fight between these two flyweights is half as good as their first outing, the fans are in for an amazing treat. The two are fan-favorite fighters and you can’t help but stay at the edge of your seats for this one.

Speaking of fan favorites, the greatest knockout artist in the history of the promotion returns. Derrick Lewis takes on Sergei Pavlovich in the main card. This fight will surely be a thriller as “The Black Beast” wastes no time putting his opponents to sleep. Some other amazing fighters on this card are Alexandre Pantoja, Magomed Ankalaev, and Anthony Smith.

When and Where is UFC 277 taking place?

All of the fights on early prelims of UFC 277 are accessible only to those who have subscribed to the UFC Fight Pass or the ESPN+ available in many nations. If you have the ESPN+ subscription, the entire fight card will be available to you for viewing. The main card is available on different streaming platforms in different regions of the world.

USA: The fights take place on the ESPN+ streaming platform starting from the early prelims. For the main card and prelims, you can view them on ESPN or ESPN Deportes.

INDIA: For fans in this region, unfortunately, the preliminary and early prelims are not broadcasted. However, the main card can be viewed on TV Channels, Sony Ten 2 and Sony Ten 3. There is also the streaming platform Sony Liv that broadcasts the entire main card.