There’s no debate about the fact that athlete manager Ali Abdelaziz and UFC megastar Conor McGregor will never shut talking trash about each other whenever the opportunity calls for it, especially for Abdelaziz. Abdelaziz is the founder of Dominance MMA management consultancy and manages the likes of Khabib Nurmagomedov, Gilbert Burns, Belal Muhammad, Vicente Luque, Justin Gaethje, Kamaru Usman and many more.

It’s McGregor’s rivalry against Nurmagomedov which led to Abdelaziz getting involved in the bad blood as well. While Nurmagomedov has retired from MMA a long time ago, McGregor never talks talking trash about Khabib and his manager Abdelaziz. And while Khabib gives McGregor his silent treatment, Abdelaziz always feels obligated to talk back to McGregor, of course, with a bad mouth.

Recently, McGregor has claimed in his last interview and his tweets that he might go fight for the welterweight belt and become UFC’s first-ever 3-division champion. As mentioned before, current welterweight champion, Kamaru Usman is also managed by Abdelaziz. Therefore, in a recent Twitter altercation, both Abdelaziz and Usman have shunned Conor’s chances of dethroning Usman, who’s also the pound-for-pound #1 fighter as well.

Recently McGregor tweeted a video of him throwing power shots on a mitt and said “I’m gonna break a head with these, add it to the list of heads.“ in response to this as reposted by ESPN MMA, Usman said in the comments “[laughing emojis] even danis looks ok on pads lol” indicating that McGregor is not even better than his jiu-jitsu coach, MMA fighter and internet troll Dillion Danis.

What do you make of Abdelaziz mocking McGregor back again? Do you think such kind of rivalries between athlete and opponent’s manager helps get more attention and better buildups to upcoming fights? Who do you think wins between Usman and McGregor if the fight ever comes to fruition? While McGregor has that ability to find his openings quickly and knock his opponent out in a matter of seconds, Usman is a complete package as a prolific grappler and a dangerous striker to deal with.

Also Read: “Be #1 then retire” Khamzat Chimaev affirms a huge promise made to his mother after achieving the final goal 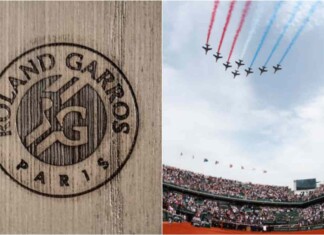 ‘If his foot is healthy, he is the favorite,’ Tim Henman...

“Missing the nice feeling”Dominic Thiem’s first round woes continue as he...