If Kamaru Usman secures a win against Covington at UFC 268, there won’t be many opponents left for him in the division against whom he already secured a win. That is why Abdelaziz believes Usman should try new ventures in the combat sports world to prove his dominance.

In his latest interview with MMA Fighting, Abdelaziz says, “Nov. 6, Kamaru’s going to knock out Colby Covington and after that, I want him to do something crazy, I want him to beat up ‘Canelo’ [Alvarez] or somebody, why not? Kamaru, he don’t want these fake fights. He wants a real fight and everybody in boxing is boxing these old guys.”

Over the past years, many UFC fighters have tried their hands in boxing. Whether it is Conor McGregor fighting Floyd Mayweather or it is Tyron Woodley boxing Jake Paul, UFC fighters tend to move to box and Ali Abdelaziz believes Kamaru Usman can give serious troubles to Canelo Alvarez if they ever fought.

He added, “Don’t understand me wrong, if Dana White says go ahead and put a hit out on these YouTube guys, we would beat them up. But Kamaru has standards of competition,”

“I think Kamaru will do well. Boxers fighting MMA guys have a hard time. We saw a guy like Conor, who simply has no soul — if he would have had a little more heart, he would have lasted a little bit longer, but he broke. He lasted eight rounds with Floyd.”

Ali Abdelaziz concluded, “If you tell me Kamaru cannot last with ‘Canelo’ and rough him up, I tell you you’re wrong. I think Kamaru does very well with Canelo. At the end of the day, we just want to do bigger and better things, and of course, we are team players. We also work with Dana and the UFC to do bigger things together as a team. Opportunities come, and if they come, we’re ready.”

Also Read: “I might have to go drag Canelo out,” Kamaru Usman pitches a super fight with boxing legend Canelo Alvarez. 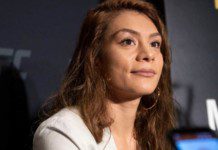 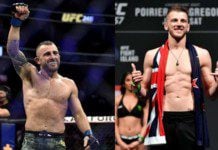