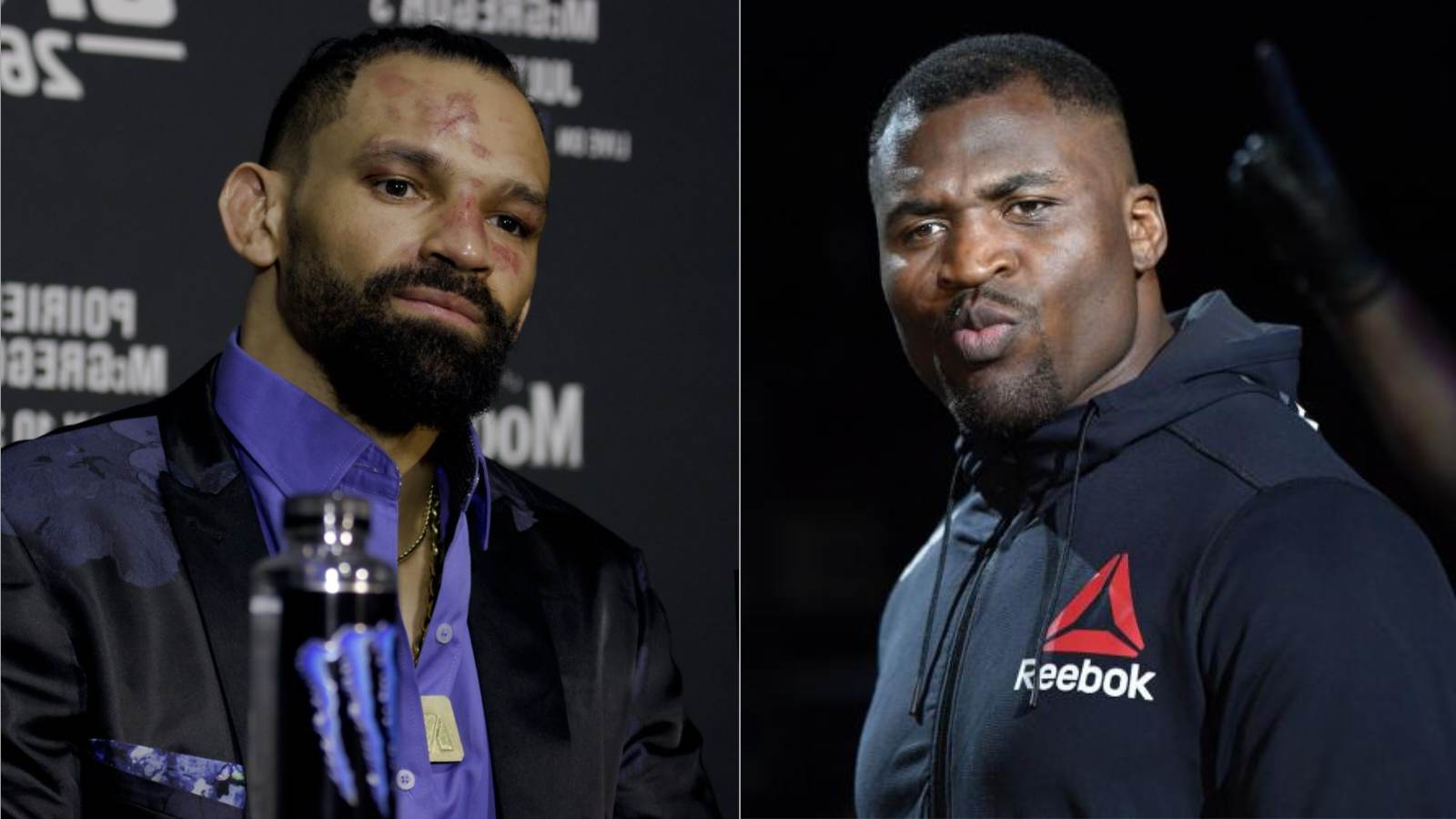 Michel Pereira is one of the most exciting fighters on the UFC roster right now, known for his entertaining style, Pereira started picking up wins against some top guys, and he faced Santiago Ponzinibbio at UFC Vegas 55. It was a constant back and forth battle, but Pereira did just enough to get the decision.

He sparked a controversy after the event when he revealed that Jorge Masvidal tried to slide in his wife’s dm. Masvidal came clean with a screenshot clearly showing Pereira’s wife message him first, he slammed Pereira for resorting to such disgusting measures for getting a fight.

He wrote, “How crazy a world and how far has society fallen that this idiot Michel Pereira would use his wife to hopefully 1 day get a paycheck and create a fake narrative to try and get a fight with me when clearly he sees she slid in my dm? Wishing you guys the best.”

Now in another interesting turn of events, Pereira revealed how a fight almost broke between him, and Francis Ngannou. Talking to Canal Encarada, he said, “We celebrated my victory at the hotel, had fun, and we are such guys, we move only with music, we constantly light up, even when we cut weight. I always rock, and my guys are the same. Constantly moving noisily, having parties. Guerra was drinking there non-stop, everyone was joking, bantering. And our room was next door to Ngannou.” (H/T MMA Mania)

“He comes up and says, ‘Hey, do you think it’s real to fall asleep when there’s such a noise? How do I sleep, huh?’ Honestly, at that moment I felt uncomfortable. I was after a hard fight, my nose was broken, my legs were beaten off. If Ngannou started a fight, what would I do to him? The team is already all drunk, they wouldn’t have helped me in any way,” Pereira stated. (H/T MMA Mania)

He added, “Honestly, Ngannou made me angry. Why couldn’t he address us politely? He was lucky that I was all beaten up and couldn’t do anything, especially for a guy of this size. I don’t even want to think about it. I know he’s a modest, nice guy, but why couldn’t he tell us politely, ‘Hey, guys, could you …’ I didn’t like the way he spoke to us. You need to be polite to people. If he had addressed us politely, we would have retained respect for him forever.” (H/T MMA Mania)