Tony Ferguson fought Michael chandler at UFC 274 and the fight ended with a brutal knockout by Michael. Chandler produced one of the best knockouts in the UFC history by landing a perfect front kick that rendered Ferguson unconscious before he even hit the canvas.

Tony was rushed to the hospital but was discharged after a CT scan that showed no concern. This was the first time tony has been knocked out in his career and the brutal knockout shook the world. Dwayne “Rock” Johnson even reacted to the crazy knockout and spilled his drink.

Rock is a huge MMA fan and presented the inaugural ‘BMF’ title to Jorge Masvidal when he beat Nate Diaz in 2019. Dwayne posted a video of him drinking and reacting to the fight between Michael Chandler and Tony Ferguson.

Dwayne was shocked by the surprising knockout by Michael Chander and said:  “Let me tell you something, you can feel the electricity and the mana through the TV. By the way, I can only imagine how it feels in the arena. Let’s f*cking go boys! I’ll give them a teremana toast, cheers!… Holy s*it.”

Related: “He has become a meme”- Michael Chandler reacts to the viral image of him kicking Tony Ferguson at UFC 274

Tony Ferguson is motivated by The Rock’s support

Tony has responded to rock’s video on Twitter. Tony’s reaction came as a surprise, as Rock has congratulated Michael Chandler for his amazing victory against Tony Ferguson at UFC 274.

Rock congratulated Michael on his Twitter and praised Chandler for his post-fight interview after his win against Tony. Rock said: “Holy shit. What an INCREDIBLE KO from @michaelchandler. And on top of that just delivered a truly electrifying promo that already sold tickets to his next fight, that’s not even booked yet. Light fighting, promo work is a special skill #UFC274.“

Tony Ferguson then responded to rock’s video positively and expressed his happiness about rock’s video. He has revealed that he is even motivated because of Rock’s video and he will work hard for his future fight.

Tony, in his tweet, said, “The Energy” knowing @TheRock watches our fights That shit gives me unparalleled confidence to get my self swole (that’s Latin for handsome) & make sure that shit don’t happen again. I’ll be ready Great 1st round, but all rounds need to be great- Champ -CSO.” 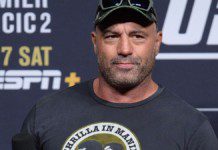 Rishika Saha - May 16, 2022
Charles Leclerc has been one busy man this season with two wins under his belt already. Coming fresh off the inaugural Miami Grand Prix...