“He took something that was mine, and it drives me nuts every day,” Stipe Miocic eyes Francis Ngannou trilogy next year 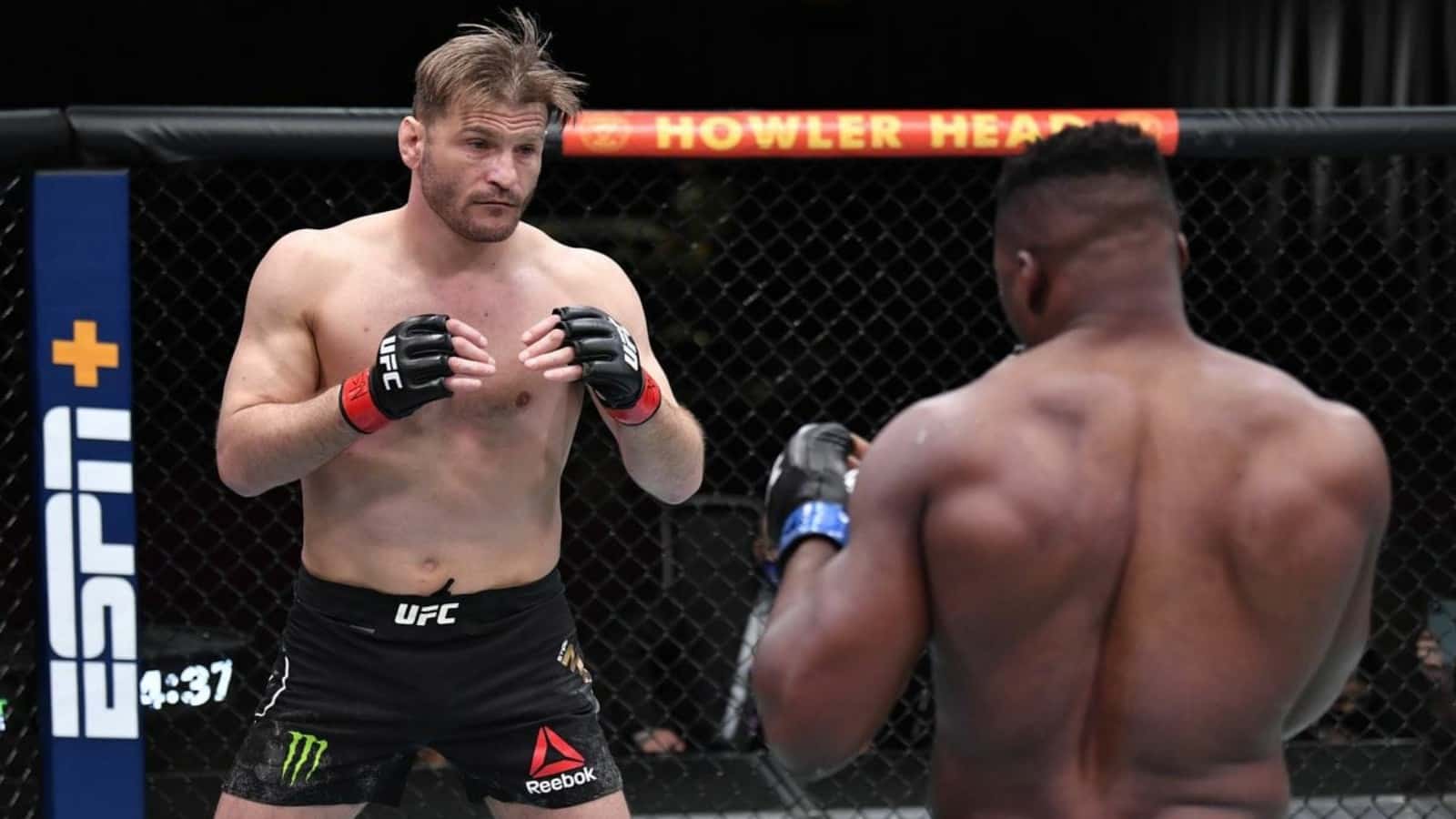 The former UFC Heavyweight champion Stipe Miocic lost his title in the biggest rematch of his life against ‘The Predator’ Francis Ngannou, at the main event of UFC 260.

With this win, Francis Ngannou took revenge for his first loss against Miocic, which came via unanimous decision at UFC 220. Now, he is targeted to face Derrick Lewis in a rematch for his first title defense.

Stipe Miocic is expected to get the first crack at the winner of Lewis vs Ngannou 2 after Jon Jones is out of the Heavyweight title picture and he wants to utilize this opportunity to the fullest.

In his latest interview with Submission Radio, Miocic says, “I want a rematch, and I wanna get my title back. He took something that was mine, and it drives me nuts every day,”

The UFC president Dana White also presented Jon Jones an opportunity to fight Miocic for the number one contender match, to face the winner of Lewis vs Ngannou 2. But he denied fighting anyone else than Ngannou.

Talking about it Miocic said that he is even open to face Jones if he needs one more win to get the title shot. He added, “Honestly, I don’t care who it is. I really would love to fight Francis again for the rematch and get that ‘W’ back over him in the rubber match,”

“But yeah, I don’t care who it is. I’m not preferring anyone, but if I had a choice, I would want to fight Ngannou again. Just because he beat me last time and took the belt. We’ll see when I get a rematch. Maybe early next year.” {H/T MMA Mania}

Derrick Lewis also holds a unanimous decision win against Francis Ngannou at UFC 226 and if he wins the rematch too, Miocic will be facing him instead of Ngannou.

Recently, Lewis made some comments about Stipe Miocic, he said Miocic punch drunk and his time in UFC is finished. Talking about these comments Miocic added,

“I’m punch drunk? I have no idea what he’s talking about, But okay. His balls were probably too hot, that’s probably why he said that.” {H/T MMA Mania}

Also Read: ‘I think this might be it for Stipe… He’s punch drunk and has been hit too many times’ – Derrick Lewis believes Stipe Miocic is finished.