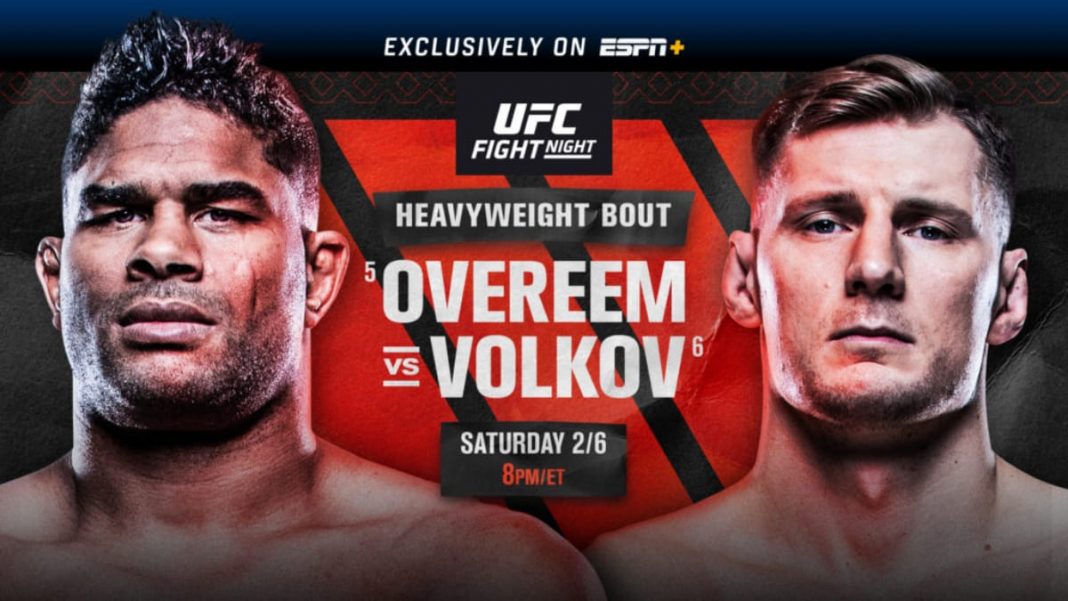 Alistair Overeem is one of the most decorated Heavyweights in UFC history. He made an impact with his debut by knocking out Brock Lesnar.

After that, he has fought battles with UFC’s greatest Heavyweight such as Frank Mir, Stefan Struve, Stipe Miocic, Mark Hunt, Fabricio Werdum, Francis Ngannou, and many others. He is currently on a two-fight win streak.

Overeem’s latest win came against Augusto Sakai at UFC Fight Night: Overeem vs Sakai. With a win against Volkov, he will look forward to one final title run of his UFC carrier before he finally decides to hang his gloves.

Alexander Volkov is one of the most dangerous emerging Heavyweight fighters of UFC. He won three of the last five fights. His recent win came against Walt Harris at UFC 254 in which he knocked him out in the second round of the fight.

With a win against Overeem, Volkov will make a statement in the Heavyweight division and will get one step closer to the title shot.

Due to this, the crowd is supporting Volkov against Overeem who has fought over 60 professional fights in his MMA carrier. Let’s see whether the UFC veteran has it to pull this one-off.