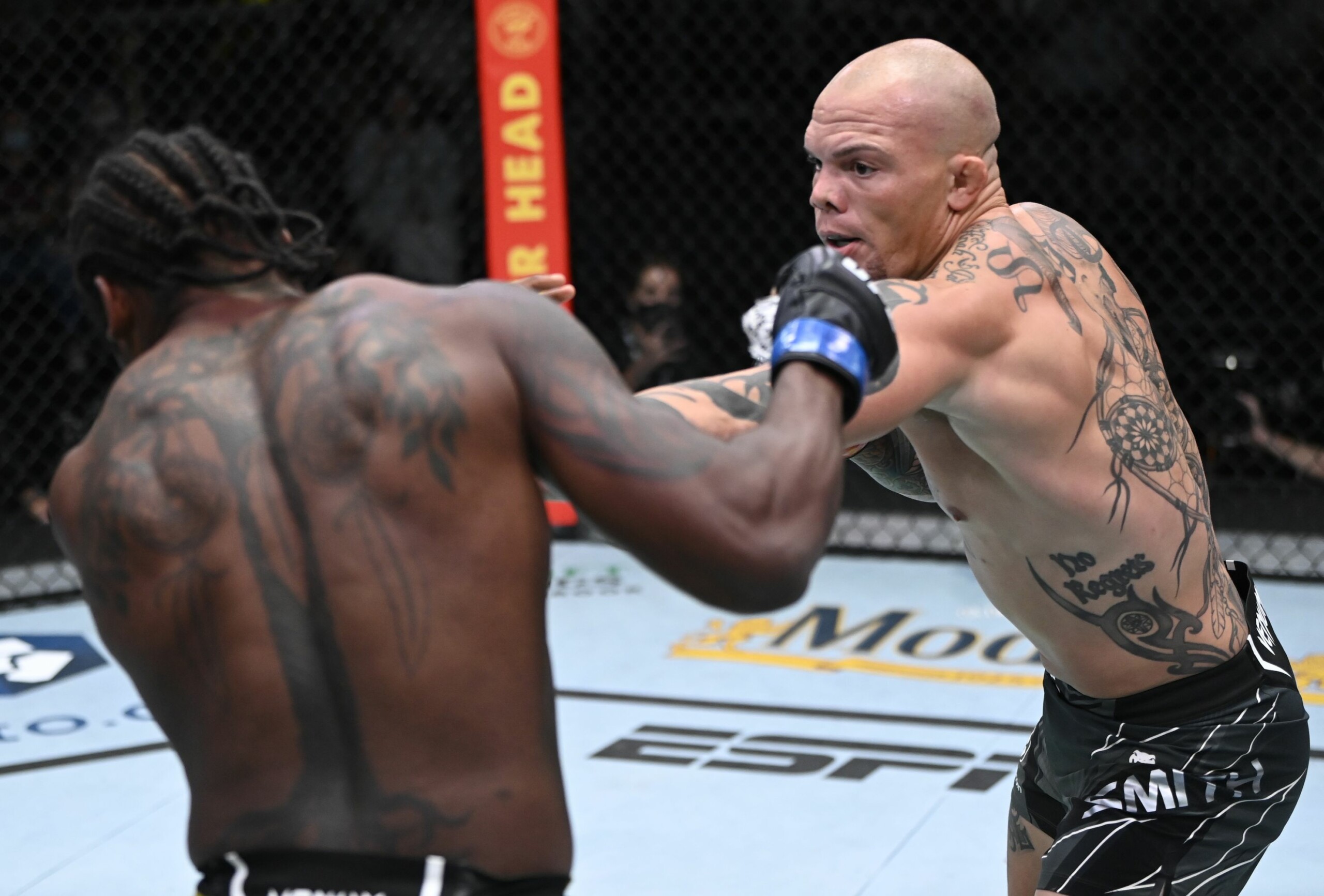 The main event of UFC Vegas 37 is here with a spectacular light heavyweight matchup of Anthony Smith vs Ryan Spann.

UFC Vegas 37 takes place at the UFC Apex in Las Vegas. Nevada. The event is headlined by a spectacular light heavyweight fight between Anthony Smith and Ryan Spann. In this bout, Smith is coming off a two-fight winning streak with wins against Jimmy Crute and Devin Clark. He is a veteran of the sport with a record of 35-16-0 in his professional MMA career. A former title contender that has wins over some top fighters.

His opponent, Ryan Spann, on the other hand, is coming off a great KO win against Misha Cirkunov in 2021. Ryan has only one loss in the UFC out of his last 6. The “Superman” will look to continue his good form and get a win against the veteran. Continue reading to see how the main event of UFC Vegas 37 played out.

Round 1: Anthony Smith starts off the round with a calf kick. Ryan Spann looks huge compared to Smith and puts pressure on the veteran. Smith a couple of swings and a miss. Spann lifted Smith up but he couldn’t get the finish. Smith with a right hand and his opponent are shaken. Smith follows and Spann is on the ground and goes for the armbar but Spann moves away.

Fighters are back in the feet and Spann is wobbling. Smith with another jab that has put his opponent on the floor. Smith takes Spann’s back and has submitted his opponent. What a fight!!!

Also read: UFC Vegas 37: Ariane Lipski is too good for Mandy Bohm as she dominates the fight