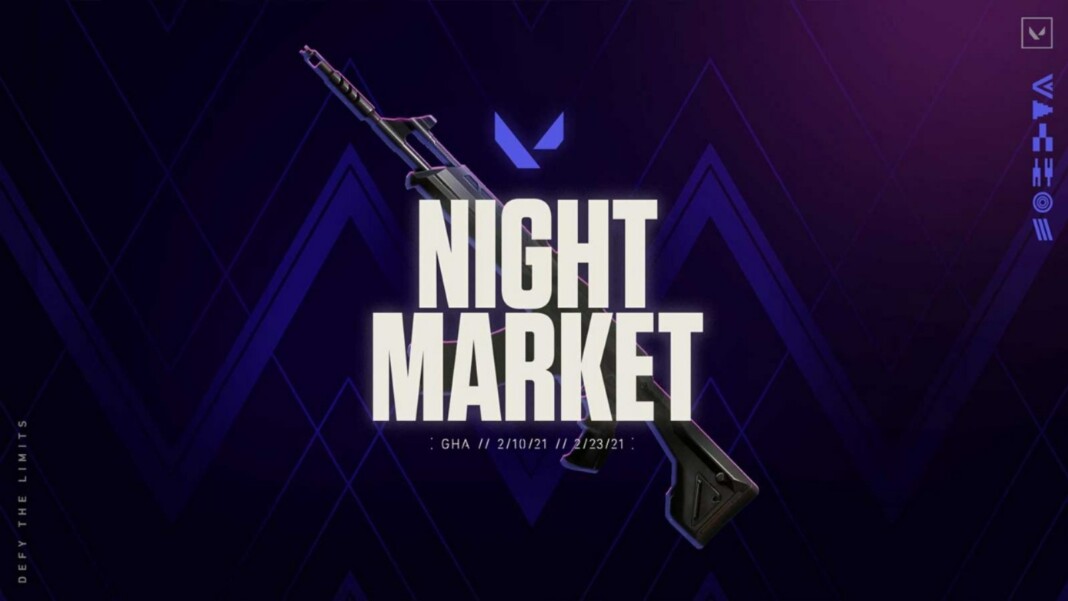 Valorant Night Market has returned again in the game. Valorant has developed a persistent development throughout the episodes which consist of multiple acts, each offering something new or fixing previous glitches. Being a fan-based developing game, RIOT addresses specific needs of the gamer community and adds details specific to their needs. Every episode sees the introduction of new content and this time it’s the re-launch of Night Market. The article talks about everything you need to know about the return of Night Market.

Valorant Night Market is Back

As most PC gamers are familiar with, Valorant had introduced Night Market in the last season around December along with a new gameplay mode, Snowball Fight, both of which have been a new sensation amongst gamers ever since. Night Market is a major randomly recurring event that offers its audience a bulk discount on a set of six arbitrary guns or knives from different bundles.

The Valorant Night Market button can be easily spotted due to its sparkly blinking at the top right corner of the game’s launching screen. After the first confirmation on re-launching the third version of Valorant Night Market on its official Twitter handle, the Valorant Support team has successfully brought back the adequately revamped edition of Night Market in Valorant after this innovative idea had somehow fallen short after its last season launch.

The new edition brings players an astounding offer of at least two premium editions of a skin bundle, that is valued generally at 1775 VP(Valorant Points). A message from the team confirms: “Night market is back. Here’s your chance! You never know what will be on offer at Night. Market and weapon vendors rarely offer the same prices twice. Visit the in-game store tab to see your offers now.”

The Night Market is a great way not only to bag guns from Select, Deluxe, and Premium editions but also aesthetically pleasing skins at a very decent value, from the very recent Prime 2.0 bundle, that recreates Prime animations to GlitchPop 2.0 bundle that fuses bright pastels. Although everything depends on your luck, let’s hope you bag some good ones!