by Rishabh Tripathi
in Badminton, Tokyo 2020 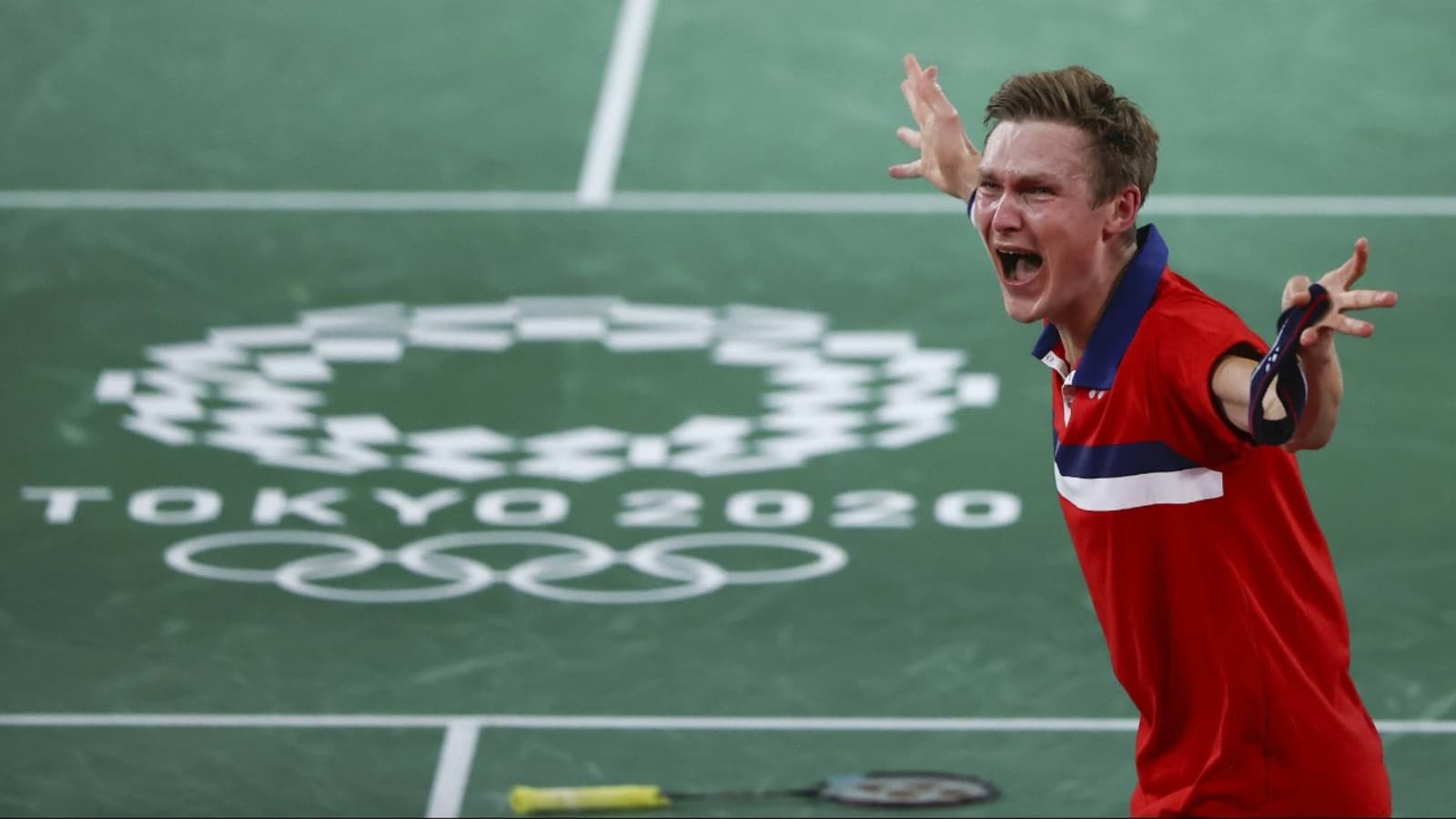 Denmark’s Viktor Axelsen became the new Badminton champion defeating Chinese Chen Long in straight sets. He won the gold medal match in straight games 21-15,21-12 to be crowned the new Tokyo 2020 Gold Medalist. With this, the 27-year-old also becomes the first European player in 25 years to win an Olympic Gold!

Defending champion Chen Long of China, however, had to settle for the silver medal. Indonesia’s Anthony Ginting defeated Kevin Cordon to take the bronze medal in Tokyo Olympics. Cordon was the first semifinalist from the South American Continent. Cordon was defeated by Ginting in straight sets 21-11,21-13 to clinch the bronze.

This is the second Medal for Axelsen of Denmark in the Olympics after he had won the bronze in Rio 2016. He had then defeated one of the all-time greats Lin Dan of China 21-15,12-21,21-17 and clinched the bronze for Denmark. This time, however, he was able to convert the bronze to gold. While defending champion Chen Long had also defeated great Lee Chong Wei of Malaysia to win the gold medal. This time he has to settle for a silver. This is his third medal of the Olympics and now he has all the 3 medals to his name.

Viktor Axelsen is currently ranked No 2 in the world and was seeded 4th in the Tokyo Olympics. While Chen Long was seeded 6th coming into Tokyo 2020. Axelsen defeated Tzi-Wei Wang of Chinese Taipei in the Round of 16, Yu Ki Shi of China in the Quarters, and Kevin Corden in the Semifinals.

Whereas Chen Long Zee Jia Lee of Malaysia in the round of 16, Tien Chen Chou of Chinese Taipei in the quarterfinals, and Anthony Ginting of Indonesia in the semifinals.

Rishabh Tripathi is an avid follower of various sports especially cricket, football, and Olympic sports. He is a Manchester United and a Chennai Super Kings Fan but a hardcore Team India follower in all sports. He is a news freak and keeps himself updated with the current happenings in the world. He also likes to play Cricket and Basketball in his spare time. He is currently pursuing MBA from Pune University.