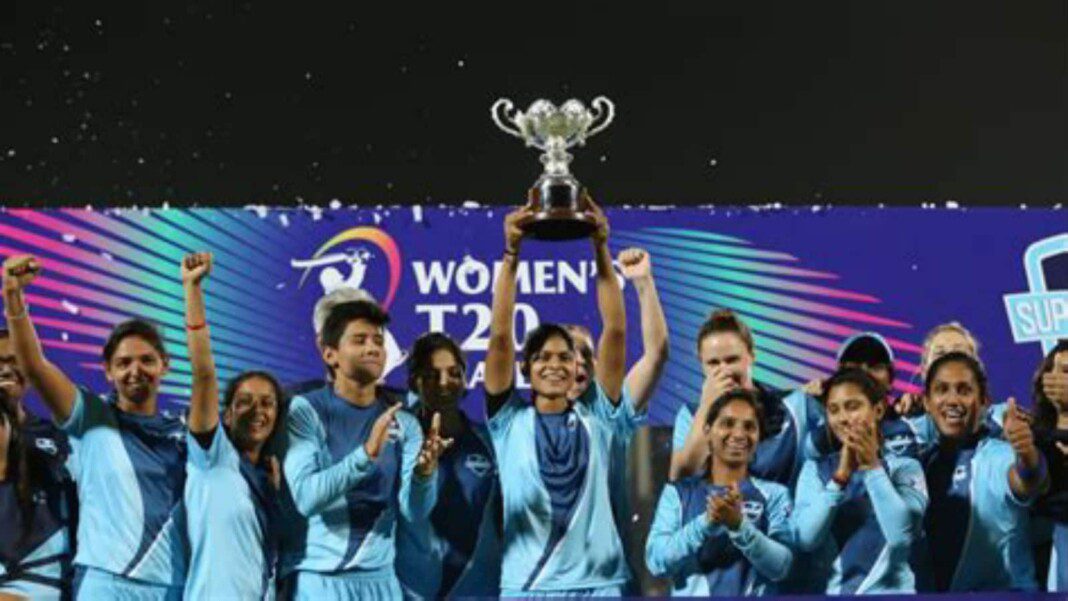 The IPL has been revolutionary for the Indian men’s cricket team. The Indian women’s team on the other hand is plagued with the same inconsistencies that characterized the pre-IPL 90s Indian teams. The recent Australian tour revealed flashes of brilliance coexisting with bewildering mediocrity, a hallmark of the 90s men’s teams.

Commentators hope that an IPL-like tournament for women could change both women’s and international cricket forever. But has the cash-rich BCCI ever been visionary? Here we examine a history of the Indian cricket board’s decision making, the importance of a Women’s IPL and means of sustaining such a tournament.

The rise of the IPL: A history

Cricket in India gained unprecedented popularity after the team won the 1983 World Cup in miraculous circumstances. The rise of Sachin Tendulkar in the 90s sustained the momentum, though it was not till 2007 that the BCCI realized that it could become the financial behemoth it is today.

That year, India won the inaugural Twenty20 World Cup in South Africa by beating arch-rivals Pakistan in a closely-contested final. This was the country’s first World title since 1983. 2007 was also the year when a breakaway private league called Indian Cricket League was formed due to a dispute over TV rights. The BCCI reacted strongly to the ICL. All the players and officials taking part were banned from Indian cricket by the BCCI in a ‘with us or against us’ move.

Realizing the potential of a cricket league, and to cash in on the newly developed craze over T20 cricket due to the T20 WC, the BCCI conceptualized the IPL. The new league was an enormous success right from the very first season in 2008 and effectively ended the ICL. Though the IPL has courted controversy over the years, it is very much the gold standard of T20 cricket today.

The capitalistic franchise model of the IPL meant that each team owner was willing to pay top price for the world’s best coaches, physiotherapists, strength and conditioning experts, talent scouts, video and data analysts etc. All these interventions cumulatively created a cultural change in Indian cricket.

The Indian team won two ICC tournaments in 2011 and 2013 and have reached at least the semifinals of most others over the decade. IPL finds such as Jasprit Bumrah and Rishabh Pant helped India win two back-to-back Test series in Australia. India is one of the top Test teams today thanks to a fast-bowling culture introduced after the advent of the IPL.

The case for a Women’s IPL

Historically the BCCI has never been proactive. It has only acted after a major World Cup success be it 1983 or 2007. The present IPL may not have existed had it not been for the coincident occurrence of the 2007 win and the ICL.

The Women’s IPL had a chance to lift-off after the team reached the finals of the 2017 and 2020 WCs with the ensuing social media hysteria but lack of a trophy meant that it remained a pipe-dream.

A 3-team Women’s T20 Challenge has been held (cancelled this year due to COVID), but has remained little more than a token so far.

The popularity of women’s cricket is increasing globally. In England and Australia the game has nearly the same following as men’s cricket. The T20 World Cup Final between India and Australia was watched by a record 80,000 spectators at the MCG. The Women’s Big Bash League has been a success and has allowed Indian cricketers to showcase their skills to a global audience.

In India the sport has a growing and dedicated fan-base. The viewership of the last T20 Challenge saw a massive increase compared to the previous year. The interest in the game will only expand as new talents such as Shafali Verma and Smriti Mandhana come to the fore.

Indian women’s cricket has the potential to become a brand like the IPL and the men’s cricket team. A women’s IPL can create new markets around the world for the BCCI and bolster cricket’s status as a global sport. Olympic inclusion then may not be far away, considering the IOC’s focus on gender-equality.

An IPL-like tournament will of course be life-changing for Indian women cricketers both in a financial and cricketing sense. The Indian women’s team at present has an abundance of talent but lacks focus and depth. The lack of a replacement for veteran pace bowler Jhulan Goswami is a case in point as are the team’s inconsistent standards in fielding. A big tournament will of course open new avenues for Indian women and girls looking to break out of stereotypes.

But to actually sustain the quality and viewership of such a tournament, the overall women’s cricketing standards should be raised.

This means no removing a fielding coach and trainer abruptly before the Australia tour reportedly to benefit the Men’s U19 team. This decision may well have been the difference between a series loss and win vs the Australians. Such a situation will never occur in men’s cricket.

The current BCCI President Sourav Ganguly has seen first hand the difference that foreign experts John Wright, Andrew Leipus and Adrian Le Roux made to the Indian team in the early 2000s.

Improving the coaching and supporting staff will, concurrently to the IPL, help win ICC tournaments and bilateral series that will lead to an increase in viewership and fan-base in a self-perpetuating cycle.

The BCCI, being the richest cricket board in the world is fully capable of marketing and sustaining a 6-8 team Women’s T20 extravaganza. Such a tournament will not only raise cricket’s status as a global sport but will also improve India’s soft power and commitment towards gender-equality in the long-run.