Indian wrestling icon and two-time Olympic medalist Sushil Kumar filed for an anticipatory bail at a Delhi Court and stated that all allegations made against him of the murder of a 23-year-old wrestler named Sagar Rana at the Chhatrasal Stadium were false and baseless. His bail application comes just a day after the Delhi Police announced a reward of Rs. 1 lakh for anyone with information leading to Sushil’s arrest.

The Delhi Police have already formed special teams to trace down Sushil and the other suspects associated with the event. It is worth mentioning that one double-barrel gun was seized from the crime scene. Sushil had stated to ANI before being named as a suspect that those involved in the incident were outsiders and that the wrestlers inside the stadium had no part to play, but the police have deemed it otherwise.

Sushil Kumar says he is ‘innocent of all wrongdoings’

Senior advocate Sidharth Lutra presented the anticipatory bail application before the court today and in the same, Sushil had stated that he was ‘innocent of all wrongdoings’ and that the investigation was conducted ‘with a pre-determined and biased mindset’.

“Unfounded, baseless, scurrilous and preposterous allegations have been made against the applicant maliciously with the only motive to humiliate and injure the reputation of the applicant. The applicant should not be compelled to face harassment, ignominy and disgrace at the instance of baseless and unfounded allegations,” the bail application read.

It is noteworthy that a non-bailable warrant is in place against Sushil along with a look-out notice. Police sources recently spoke to The Indian Express about Sushil Kumar and the incident saying, “Departmental action should be taken against Sushil Kumar. After registering an FIR, we served notice to him, but he switched off his phone and has been untraceable since. We also conducted raids at his friends’ residences and now have decided to announce a reward for information leading to his arrest and a file has been placed before senior officers.”

It remains to be seen if Sushil will be traced down soon. 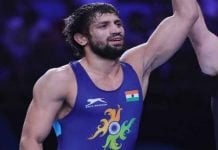 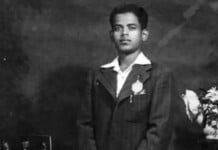 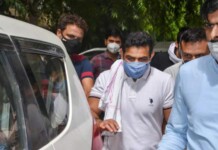 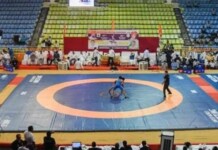