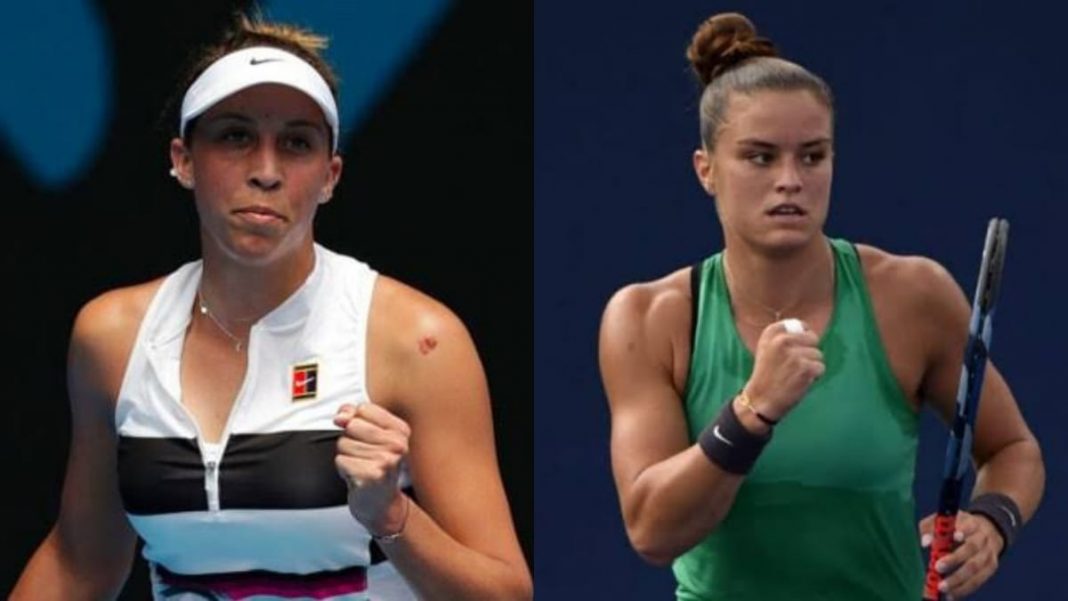 Sakkari had a good start to the tour post the pandemic. She reached the fourth round of the US Open, and the third round of the French Open. She also appeared in the semifinals of two back to back WTA events in Ostrava and Abu Dhabi. But her form dipped a little post that, and she was ousted in the first round of the Australian Open 2021.

On the upside, she came in all rested and fresh for the Qatar Open, and defeated her first round opponent Egyptian Mayar Sherif. Sakkari won the match in straight sets 6-0 6-3.

Her second round opponent in the Qatar Open 2021 is Madison Keys. Keys was making a comeback to the tour after a few months. The general feeling was that she would struggle with her timing, movements. But, she astounded one all by beating her first round opponent sixth seed Belinda Bencic 6-4 6-1 in straight sets.

These two players have met just once before on the tour, at the third round of the Australian Open 2020. In that encounter Sakkari beat Keys 6-4 6-4, so the head to head stands at 1-0.

Sakkari has a strong serve and an all court game to complement that. In her first round match against Sherif, Sakkari served five aces and broke Sherif’s serve five times. She has in the past few months beaten top players like Kenin and Muguruza and her game is on the rise.

Keys absolutely dispatched Bencic. Serving at more than 80%, and putting pressure on her opponents serve, Keys gave Bencic no chance. Keys has a fantastic serve and a lot of power. This contest will go down to the wire, but Keys looks in great touch and will win this.

Also read: Serena Williams and her ‘mini me’, daughter Olympia, star in an ad together