Naomi Osaka defeated Misaka Doi in the first round of the Madrid Open in straight sets. The Japanese last played at the Miami Open 2021, where she lost in the quarterfinals to Maria Sakkari. However, the world number two has already won a Grandslam title this season, after she defeated Jennifer Brady in the finals of the Australian Open 2021.

The duo have faced against each other just one time in the past. Their only meeting came at the Cincinnati Masters last year, where Osaka won in three sets.

Naomi Osaka enters the match as the certain favorite. The Japanese has not played much tennis this year, having competed in just three tournaments so far. Karolina Muchova is a gritty opponent and is expected to challenge Osaka in the second round. However, the world number two is a hard hitter of the ball, and will come up with several winners against the Czech. Osaka is expected to win in straight sets. 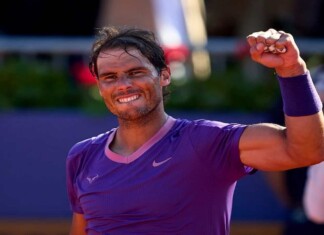 Nirmit Mehta - May 14, 2021
Rafael Nadal defeated Alexander Zverev in straight sets in the quarterfinals of the Italian Open 2021. The Spaniard won by a score-line of 6-3,...

Yakshpat Bhargava - May 14, 2021
F1 fanatics are so used to witness the domination caused by both Lewis Hamilton and Valtteri Bottas  that it is hard to imagine a Mercedes’...