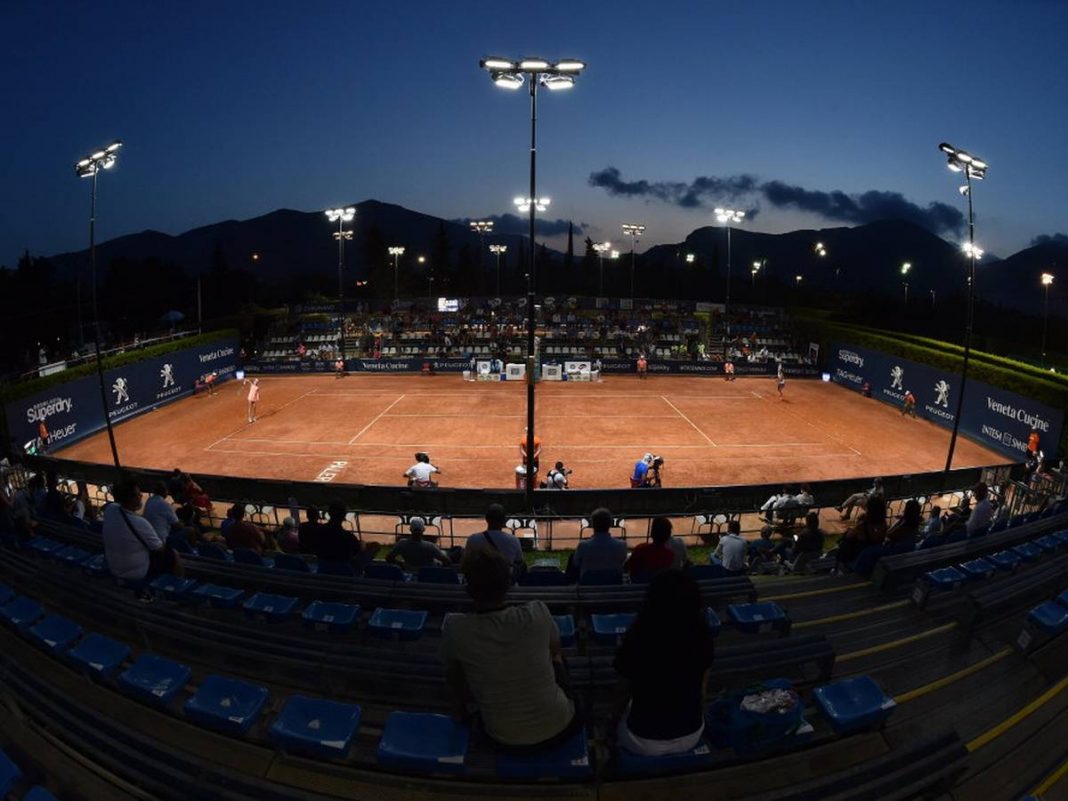 It was a day of mixed fortunes for the seeded players at the WTA Palermo Ladies Open. The top seed Croatia’s Petra Martic advanced in straight sets, while second seed Marketa Vondrousova was ousted by Slovenian qualifier Kaja Juvan in the first round on Tuesday.

The clay-court event in Italy has seen action resume on the Tour, though world number two Simona Halep withdrew before the event started due to travel concerns.

Her absence is a boost for Martic’s hopes of success, with the Croatian showing few signs of rustiness against Van Uytvanck.

Martic brushed aside the Belgian Alison Van Uytvanck 6-0, 6-3 in her first match back on the tour after the coronavirus pandemic suspended the tennis season for five months. The Croatian wrapped up the match in 65 minutes with four breaks of serve.

“I think I felt my nerves a little bit more, because the break was so long,” Martic told reporters in a virtual news conference.

“It’s such a big uncertainty going on the court not knowing how you’re going to be. I played well before the break, so I was happy with the rhythm, but obviously five months off disrupts everything. Once the match started, I kind of let go and just played. I didn’t expect [that score], I didn’t expect anything. That was the main goal today, because it’s been such a long break and I don’t think anyone knows what to expect when the real match comes. Practice is so different from this.” Martic added.

“Today I just focused on my game, and I tried to enjoy the fact that we are back on court again. And I think I managed both.” Martic concluded.

In the other half of the draw, Juvan came from behind to beat the Czech Republic’s Vondrousova 1-6 7-5 6-4 to notch up the biggest win of the teenager’s career.

“It was pretty hard to play, she’s obviously a great player,” Juvan said. “She started off really well and I was a little nervous. The conditions were pretty hard but then in the second and third set I calmed myself down and I started to play much better.”

The 19-year-old Juvan took a 4-0 lead in the second and nearly lost her advantage when Vondrousova won five games in a row but fought back to clinch the second set before breaking the Czech twice in the third to win in 2-1/2 hours.

Kontaveit faces the German Laura Siegemund in the second round, who also eased through in straight sets, beating Irina-Camelia Begu of Romania 6-3, 6-4.

Elise Mertens, the fifth seed, crashed out after the Belgian went down 6-4 6-1 to Aliaksandra Sasnovich.

Earlier, sixth-seeded Donna Vekic of Croatia beat Arantxa Rus of the Netherlands 6-1, 6-2 in windy conditions in the first official match – for men or women – since early March.

“I’m definitely happy I didn’t forget how to play tennis, how to play matches, how to win,” Vekic said in the post match conference.

“It’s a huge relief, so I’m really happy right now. It was definitely a bit strange. I was really nervous yesterday, even more today, but after the first few games I just kind of relaxed and I was focused.” she added.

Vekic sealed a place in the second round on her second match point, breaking for the sixth time in the match when Rus hit a forehand wide.

Kristyna Pliskova notched another big upset, as the Czech ousted No.3 seed Maria Sakkari of Greece, 6-4, 6-4, in a late-night clash to reach the second round.

World No.20 Sakkari had won their only prior encounter on the grass of Wimbledon in 2017, but it was World No.69 Pliskova who avenged that result in Sicily on Monday, wrapping up victory after 87 minutes of play. It was Pliskova’s seventh win over a Top 20 player in her career.

“I did so many points with my serve, and also my backhand was okay,” Pliskova concluded. “I think of course she didn’t play her best today, like she’s playing normally on clay, but I was solid.”

Pliskova will next face two-time Palermo champion Sara Errani, who claimed a grueling three-set victory over Sorana Cirstea of Romania.

Former World No.5 Errani needed nearly three hours to quell the fight of Cirstea earlier on Monday, and set up her first meeting with Pliskova.

Former World No.26 Camila Giorgi rallied from a slow start to dispatch Rebecca Peterson, 7-5, 6-4, to advance into the second round.

Standing between the Italian and another trip to the quarterfinals is the Slovenian qualifier Kaja Juvan.

The second round of the Palermo Open will be a fascinating watch as it may prove to be another round of potential upsets.

Also Read Breaking: Rafael Nadal withdraws from US Open due to COVID19 concerns