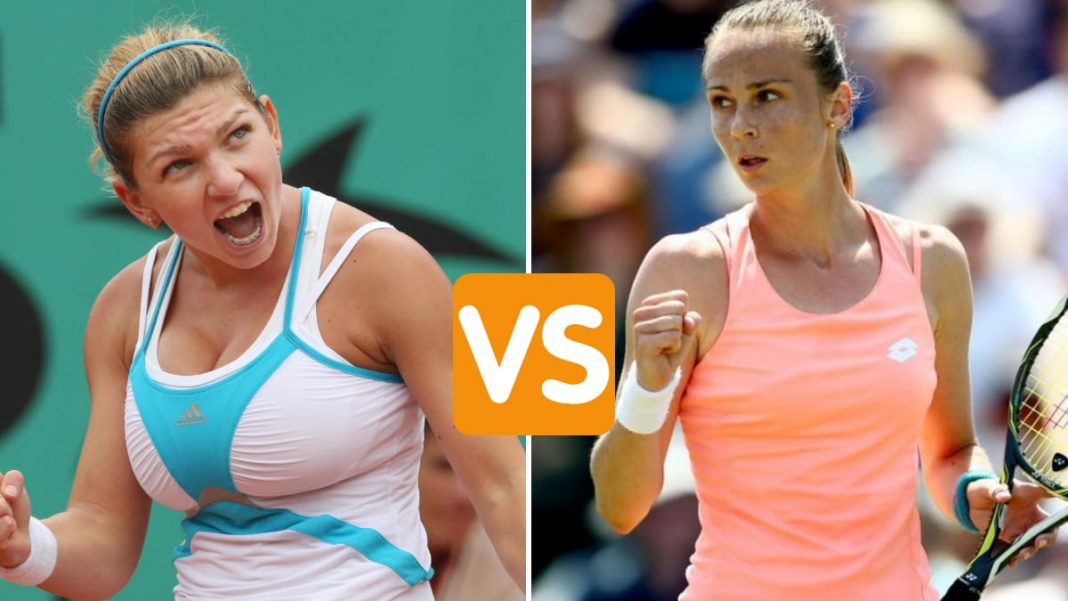 The WTA Prague Open enters the quarterfinal stage and only two seeded players remain. The tournament has witnessed shocking results and upsets which makes it highly unpredictable.

Below are some analysis and predictions for the gruelling quarterfinal matches.

In 2020, Simona Halep has reached the quarterfinals or better at all tournaments she’s contested. This included winning the title at the Dubai Duty-Free Tennis Championships, reaching the semifinals at the Australian Open and the quarterfinals in Adelaide.

Earlier Halep had difficulties in getting past Barbora Krejcikova. Having dropped the first set the Romanian had to come back from a break down in the second as well. Having done so she then proceeded to fail to serve out the set from 40-0 up.

So, this will concern her even though she managed to win it at the end. Halep’s opponent Magdalena Freçh, a lucky loser, is into her maiden WTA quarterfinal.

Magdalena Frech lost in the final round of qualifying but here she is in the quarterfinals. She certainly chose the best time to raise her game in the deciding set against Arantxa Rus. With a lot of clay court action recently, under her belt, Frech is certainly starting to show some promise.

It wouldn’t be a surprise if it took three sets again, and Halep will have to begin to play better to overcome the No. 173 ranked Freçh.

No.3 seed Elise Mertens continued her Prague campaign with a 6-4, 6-2 victory over Camila Giorgi, while wildcard Eugenie Bouchard needed nearly three hours to take down Tamara Zidansek in an epic three sets, 7-6(2), 6-7(2), 6-2.

Both players will be aiming to enter their first semifinal of the year.

It will be Mertens’ and Bouchard’s third career meeting in singles, with the Belgian claiming victory in both previous matches. Their Prague match will be their first since 2018 and their first meeting on clay.

Bouchard has continued her fine form, from the World TeamTennis exhibitions into the return of the WTA. It was really pleasing to see the Canadian back up her opening-round win with a three-set victory against Tamara Zidansek. Mertens has started to find some form, however. She has a very strong record over Bouchard and so that should provide her with even more confidence.

The Belgian’s straight-sets victory over the dangerous Giorgi was an exhibition of her impressive first serve and the ability to save breakpoints. Bouchard is probably playing some of her best tennis for a couple of years, but she is still having trouble remaining consistent, especially on the backhand side. Mertens should be more consistent and that will help the Belgian get through to the semifinals.

Kristyna Plíšková is the last Czech player standing in Prague singles, hoping to advance past Ana Bogdan for a spot in the semifinals. The big-serving lefty dominates the pair’s head-to-head record, winning all five of their previous matches.

Bogdan has been quite fortunate to get to this stage of the tournament. She was initially been drawn to play Dayana Yastremska, but she ended up playing lucky loser Storm Sanders.

If that wasn’t already luck enough the Romanian received a bye through to the quarterfinals when Lesia Tsurenko withdrew from the tournament. This may leave Bogdan a little less prepared for a crucial fixture. Plíšková, on the other hand, took on and defeated the top 20 players Petra Martic to reach this stage. The tall Czech produced a serving masterclass to take out the Croatian.

This Prague court is proving to be quite quick for clay court. This will probably help both players as both are serve-oriented. However, Plíšková certainly took advantage of the conditions against Martic and if this form is repeated then Bogdan will struggle to live with the power and pace of the Plíšková serve and forehand.