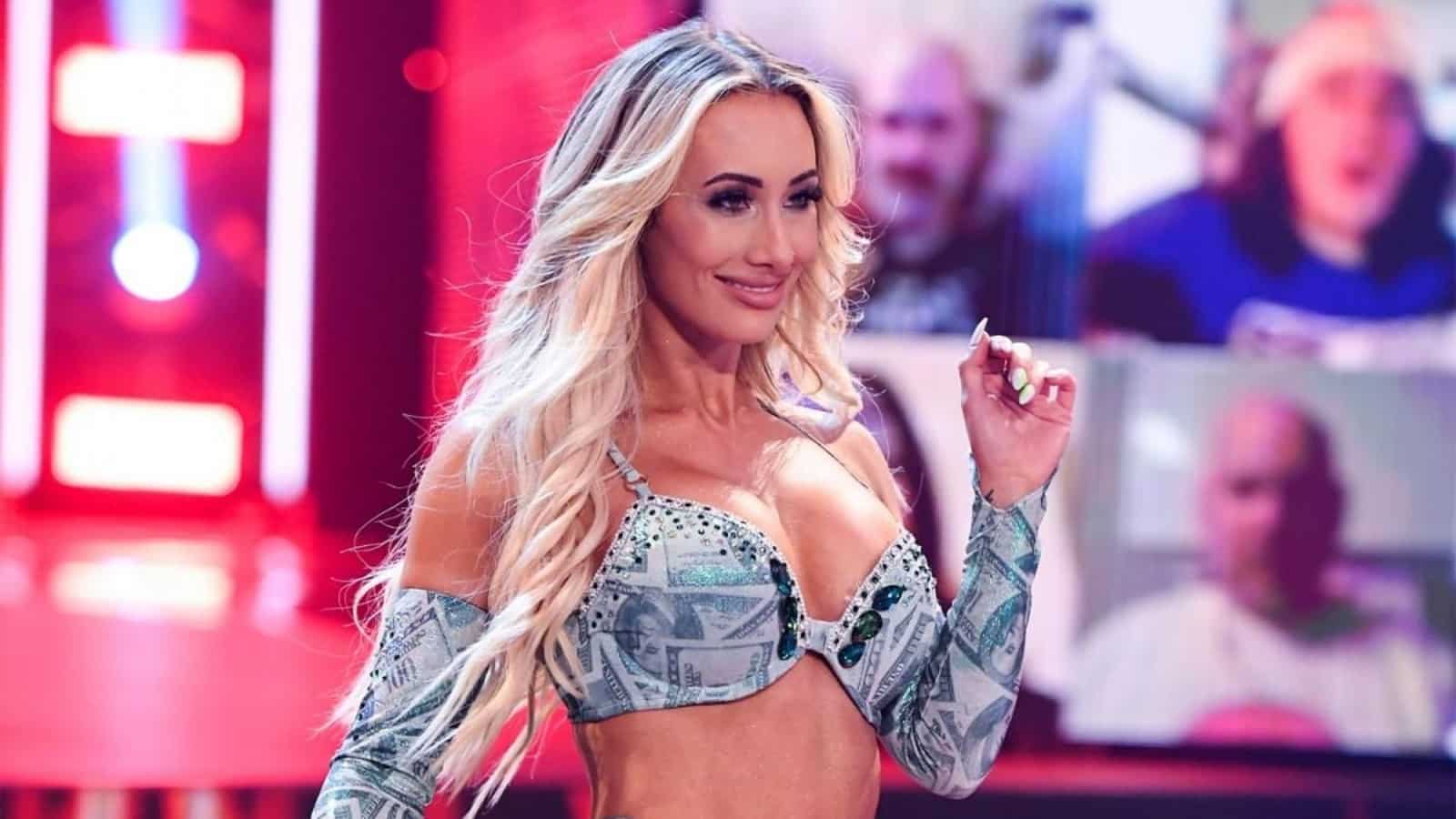 Leah Van Dale , better known by her in-ring name, Carmella is a professional wrestler. The female star is one of the most talented individuals in the pro-wrestling industry and is currently signed to WWE. Fans love the star and also consider her as one of the most versatile and popular stars in the industry.

Carmella made her professional wrestling debut as a manager of Enzo Amora and Big Cassidy. The female megastar then made her main roster debut as a part of WWE SmackDown and rose to prominence with some of the best matches in the history of WWE. Along some brilliant battles, Carmella became the inaugural Women’s Money in the Bank ladder match.

This was followed by the female star etching her name in the history books and also became the first woman to successfully cash-in her MITB contract. Carmella then became one of the most popular and accomplished stars of the company. She then debuted a new persona in WWE as the self-proclaimed ‘Most Beautiful Woman in WWE’ and came up to the top of the women’s roster. In her glorious career, Carmella has shared the squared circle with the likes of Becky Lynch, Charlotte Flair, Bianca Belair, and more.

Carmella net worth, as of 2023, is estimated to be $1 million. As per her WWE contract, she earns a basic salary of $300, 000. Additionally, she even earns from the merchandise sales and PPV appearances.

Carmella was in a relationship with a fellow wrestler named Big Cass. But in 2019, she started dating wrestler and current WWE commentator Corey Graves. The two got married in 2022. They have often been seen together on WWE TV.

Carmella has been very discreet about her personal life. However, in an episode on Corey and Carmella, the couple revealed that they reside in a luxurious mansion in Pittsburgh, Pennsylvania.

Q. What is the salary of Carmella?

Q. What is Carmella’s real name?