Fans capture screenshots of an unfortunate moment for Nikki Bella

Nikki Bella, in particular, was supposed to be retired owing to a much-publicized neck injury. However, her return to the Rumble confirmed that she is now medically cleared to compete. All of her efforts to return to play weren’t for a one-off contest, and we expect her to engage in more matches in the future. However, she has been in talks of the WWE Universe again, but this time not for the thing she might have wanted.

Nikki Bella’s wardrobe malfunction screenshots from her live session on Instagram have gone viral on social media. The pictures can be seen above. She posted another video a few hours later, this time with the never-ending neckline exposing her in front of the camera. Fans were able to snap screenshots of the WWE Superstar’s wardrobe malfunctions before the WWE Superstar could take them down.

Nikki Bella and Artem Chigvintsev will be marrying this fall

WWE Hall of Famer Nikki Bella and Artem Chigvintsev revealed this week in an interview with US Weekly that they’ve set a date for their wedding, which will take place this fall. They met on Season 25 of Dancing With The Stars and announced their engagement in January 2020. The couple also has a son named Matteo Chigvintsev, who was born in July 2020.

“We’ve set a wedding date,” Nikki said in an interview alongside her sister, Brie. “I’ll give a hint that it’s fall 2022, very soon. Then, Brie’s gonna have to start getting busy because she’s Maid of Honor and I’m going to have to put her to work,” Nikki added. “Which means I’m going to have to give a heartfelt speech, not be drunk and have my s*it together,” Brie joked.

Also Read: “I take s**y photos and sell them at a price” Toni Storm reveals the type of content she shares on her OnlyFans 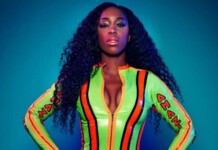 “Those stories make people legends”; Kevin Hart opens up on the hard times Sasha Banks faced before her WWE Career

“I don’t think it’s changed that much”; When Alexa Bliss opened up on Ronda Rousey’s influence on the women’s roster

Spanish GP 2022: Will Mercedes domination in Barcelona come to a...