by FS Desk
in WWE Divas 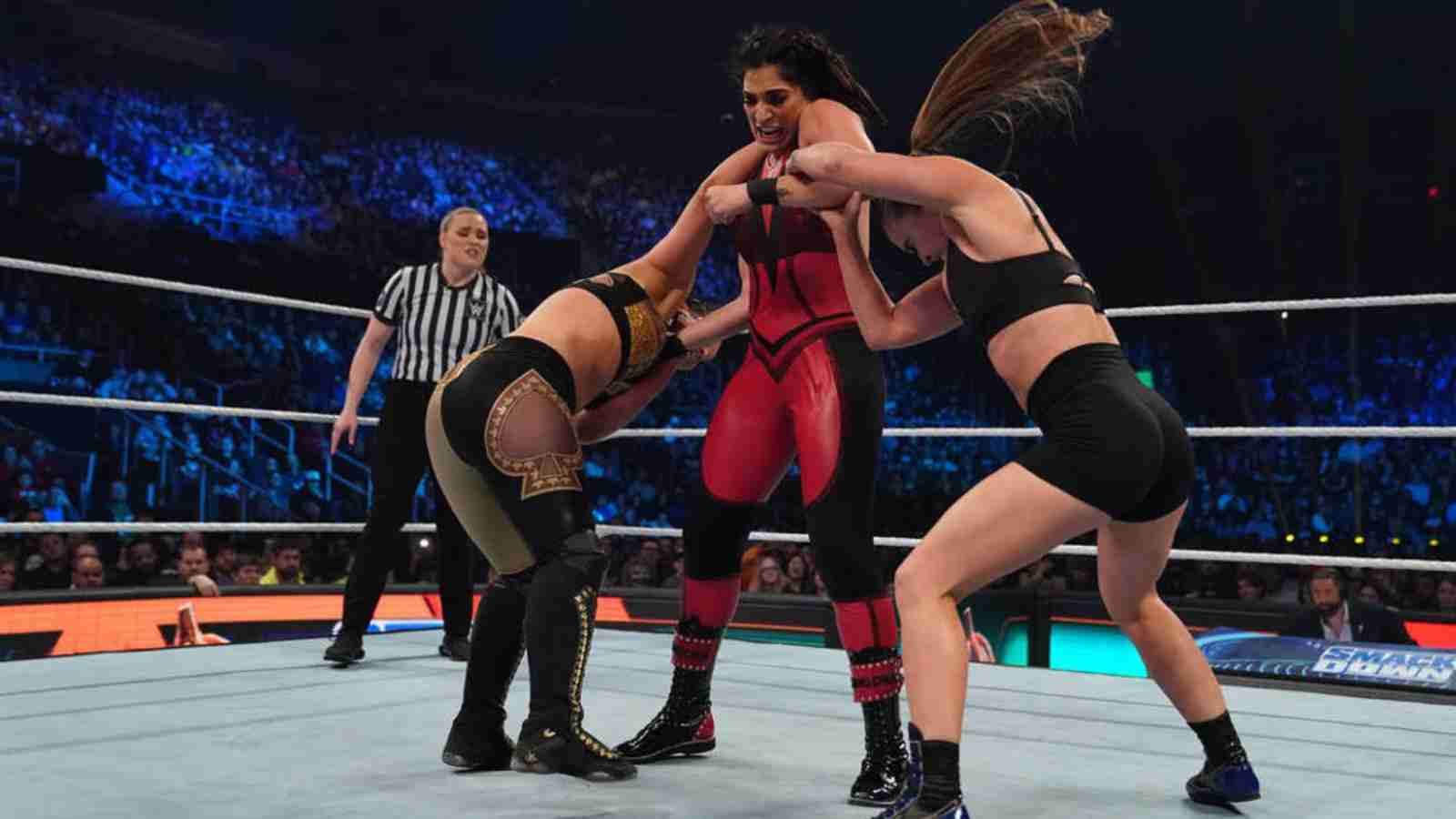 Shotzi defeated Shayna in a singles match this week on SmackDown, with Raquel Rodriguez assisting her in neutralizing Ronda Rousey’s best friend. However, on November 25th episode of Friday Night SmackDown, Ronda and Shayna exacted their vengeance.

The rivalry between Ronda and Shotzi has come a long way, and Shotzi earned her spot for the match with “The Baddest Woman on the Planet” on the Nov. 11 edition of WWE SmackDown. She defeated the like of Liv Morgan, Raquel Rodriguez, Sonya Deville, Lacey Evans, and Xia Li in a frenetic Six-Pack Challenge.

Just a day before Survivor Series 2022, Shotzi challenged Rousey to a tag team match where Rousey and Baszler were to face her and Rodriguez. However, prior to the match, Rousey and Baszler assaulted Rodriguez, slamming her arm with the lid of a crate. They went to the ring after leaving Rodriguez in agony, assuming it would be a forfeit.

However, Shotzi came out alone to the match. Later on in the bout, despite Raquel’s injury, she joined Shotzi but sadly Ronda made her tap out, aiming at her injured arm to give an armbar. Shotzi then disclosed her partner suffered a broken arm and a dislocated elbow after the attack.

After an assist from Raquel Rodriguez, Shotzi defeated Shayna Baszler. This eventually led to the young star getting a shot at the Smackdown Women’s Championship. Shotzi will challenge Ronda Rousey in a singles match at Survivor Series 2022.

Also Read: Brock Lesnar May Lock Horns With the WWE Hall of Famer at WrestleMania 39

Shotzi dominated the ring in a six-pack challenge battling 5 other divas on WWE Friday Night SmackDown. Observing the past, Rousey was always let out of being this bad by SmackDown. During 2019, making her way to WrestleMania 35, she demolished the Riott Squad and other divas in the path. Through online bets and social media responses, it’s clear the fans want Ronda Rousey to win. Either way, let’s wait and see how the match goes.