Seth Rollins is one of the most established superstars in all of the wrestling industry. The whole WWE Universe knows that the Visionary has WWE running all over his blood and that Rollins considers WWE as the biggest professional wrestling company in the whole world.

Seth Rollins is currently a part of Monday Night Raw and has always liked being in the red brand. But the Visionary recently made an appearance on the Sports Illustrated media podcast where he revealed one thing that he didn’t like about Monday Night Raw and why Friday Night SmackDown was better in that reference. Here’s what he said:

“I think a three hour show is just obnoxiously long every week. Everything gets stretched out, you know, and you’ve got to cram — you got to fill three hours of television, there’s just nothing to be done. You know, that’s just how it is. So I think two hours is a beautiful kind of number for a pro wrestling show and I think it’s easier to make everything mean a little bit more. You know, on SmackDown when I was there last year, I hardly ever wrestle on television and so it was kind of a big deal.”

What’s next for Seth Rollins after his loss to Cody Rhodes at WrestleMania 38?

Seth Rollins, who was very eagerly waiting for Vince McMahon to give him an opponent at WrestleMania 38, didn’t expect the American Nightmare Cody Rhodes who made his return at the Grandest Stage of them All. Though the two men tore each other apart and earned respect of a lot of people after their match, the Visionary ended up on the losing side. 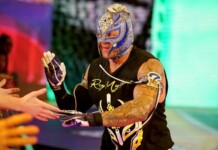 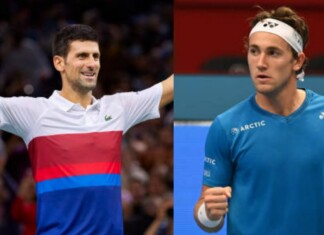