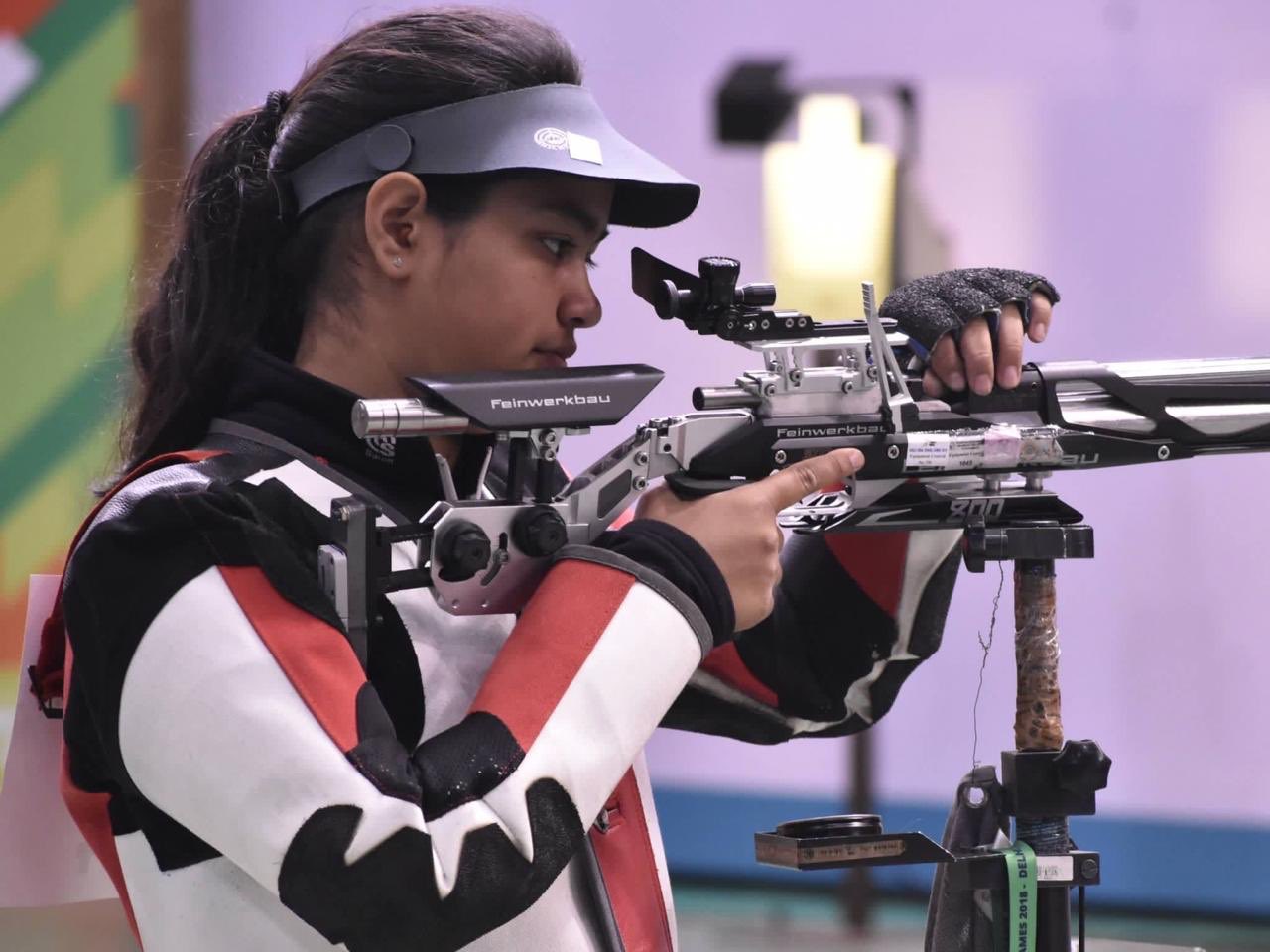 Since March 2018, one new name after the other has been emerging on the Indian shooting scene every few months. From Manu Bhaker to Elavenil Valarivan to Saurabh Choudhary, this has taken place with clockwork regularity.

The latest entrant in this list is 18 year old Zeena Khitta from Himachal Pradesh. Zeena shot a score of 252.2 in the finals after qualifying 4th with a score of 627.1, beating the fancied Fab Four in the process.

As has been discussed in a previous article, such surprises are nothing new in the sport of shooting. And they only go to show the level of talent in the Women’s Air Rifle event in India currently.

Zeena first shot (literally) into prominence when she won the Gold at the inaugural Khelo India Games in 2018. Her biggest international achievement has been winning the Team Gold at the ISSF Junior World Cup in Sydney in 2018. She also finished 7th in the finals of the individual event at the same competition. Since then she has been overshadowed by the Fab Four. Hopefully her performance in the Nationals spurs her on to greater heights.

Hailing from a family of apple farmers from Rohru in Himachal, Zeena is used to shooting at temperatures lower than commonly seen in India. And according to a report published in Tribune India, her family encouraged her to pursue sports over academics. And now after becoming the National Champion, it seems the decision finally paid off.