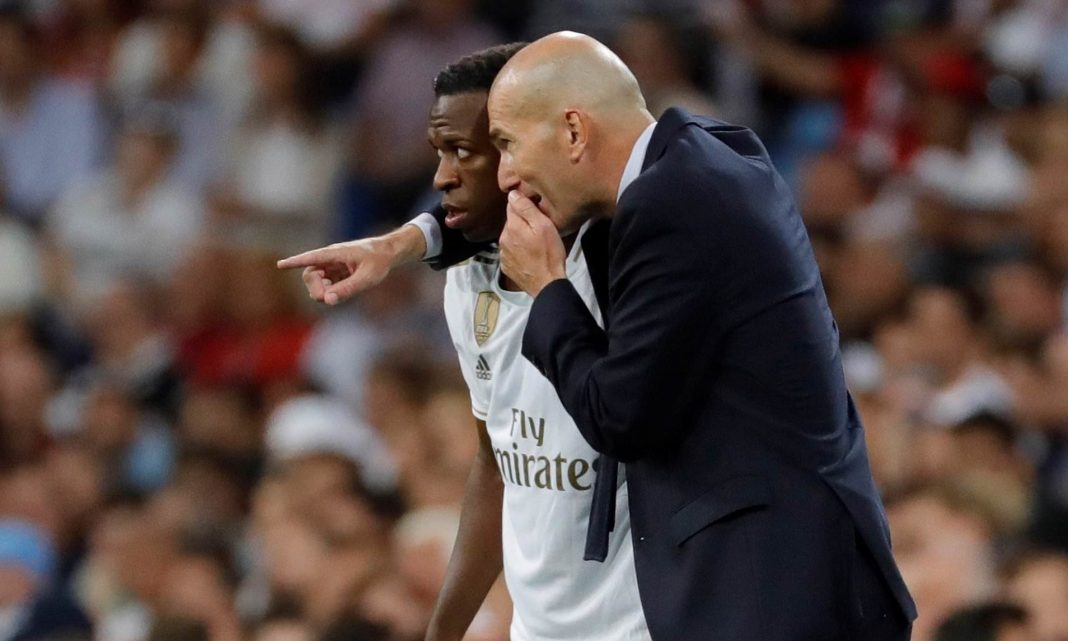 Real Madrid came from behind to draw 1-1 against Real Sociedad and kept themselves in the hunt for top spot. Vinicius grabbed an 89th minute equalizer as Portu gave Sociedad the lead in the 2nd half.

Zidane started with a 4-3-3 in the first half and Real Madrid created plenty of attacking moves. Mariano hit the cross-bar with a headed effort and Asensio and Isco both came close to scoring for the hosts.

Real Madrid are 3rd in La Liga behind Atletico and Barcelona

However, Zidane shifted to a 3-5-2 at the start of the 2nd half with Casemiro dropping in between Varane and Nacho as the 3rd centre-back. Mendy and Vazquez worked as the full backs and Asensio operated as the 2nd striker behind Mariano.

The move looked to have backfired as Madrid lost their cutting edge and had to defend deep to thwart Sociedad. Their efforts finally paid off as Portu opened the scoring and gave La Real the lead. Zidane then reverted back to the 4-3-3 and brought on a fresh front 3 in Hugo Duro, Vinicius and Rodrygo.

On being questioned about the frequent formation changes in the match came out and took the blame on himself. Zidane said, “I changed it because I wasn’t happy with our pressing. It was those 10-15 minutes and we changed it again and we were better playing a 4-3-3. Our substitutes did well after coming on.”

“If you’ve asked me and that’s now three times, then yes, maybe.”