Ever since the Boxing Day Test Down Under, where he scored a stupendous century, Ajinkya Rahane has struggled to find his footing in the middle. In the 25 innings which followed, the former India skipper managed to cross the 30-run mark only six times which includes just two scores in excess of 50.

It is this lack of runs under his belt which saw the management relieve him from vice-captaincy ahead of the South Africa tour. Despite his poor run, skipper Virat Kohli stuck with his deputy, backed him to work his magic but the Mumbai lad failed to get going. As his poor form continues, the question remains, should Ajinkya Rahane be dropped from the team?

5 reasons why Ajinkya Rahane should be dropped

A string of low scores

Ajinkya Rahane kicked off 2019 in still as he took the game to West Indies in their backyard before continuing the great run at home against South Africa and Bangladesh. But what started in New Zealand as a string of low scores, continues to haunt him two years later in 2022.

Rahane averages 24 since 2022 and there are no signs of recovering for the veteran batter. Neither at home nor overseas, the 33-year-old has succumbed to the pressure with both Virat Kohli and Cheteshwar Pujara struggling. With 392 runs in his last 20 innings at an average of 19.6, Rahane’s days in the side are numbered.

Ever since the dawn of his cricketing career, Rahane has had his troubles with consistency. Let it be the limited-overs or Tests, the Mumbai batsman has never managed to ride the momentum. While his inconsistency was masked by the success of his companions’ success, Kohli and Pujara’s poor run has exposed Rahane’s vulnerability when comes to handling pressure and being consistent enough.

In the last couple of years, Ajinkya’s average has come down to 39 from somewhere around 46. He has managed only two scores in excess of 50 in his last 25 innings and that is alarming for the team. Moreover, the 33-year-old hasn’t been able to hold his ground in the middle with most of his innings lasting under 50 balls.

While the openers are expected to ride out the new ball for the lower order, big knocks are expected from the middle order who are expected to be the glue of the batting lineup. Never in his career spanning 80 Test matches has Rahane shown promise of playjng the long game barring the lone 150 plus score he achieved in Indore five years down the lane.

Since the home Test, Ajinkya Rahane has not breached the 150 run mark scoring only four centuries in five years. In his 136 innings thus far, the Mumbai lad has managed only three scores over 130. This puts a lot of pressure on the lower order which has been yet another weakness for India with the bat.

In the last couple of years, India’s middle order of Kohli, Pujara and Rahane has managed 2,268 runs at an average of just over 25. It is this slump in form of his teammates that has put Ajinkya Rahane in the firing line. He has the worst average among the three, Kohli and Pujara’s being 26 and 25 respectively.

One of the three, at least, will have to step up if the Indian team is to continue their glorious overseas run. If not, Rahane will be the first to get the axe given his recent and overall records compared to that of two of India’s best batsmen in recent times. An in-form player in the mix will help to get the pressure off Kohli and Pujara, allowing them to play their natural game.

India is a nation with one of the strongest, if not the strongest, pool of players among the top teams. And hence there is always fierce competition for each position in the team. It is no surprise that numerous youngsters are waiting to replace Ajinkya Rahane for the number 5 spot.

From Shreyas Iyer and Karun Nair to Suryakumar Yadav and Prithvi Shaw, there is a long list of players waiting for their opportunity to play the longest format of the game. With such great talents warming the bench, it is time the management lets Rahane earn his place back in the Ranji Trophy and allow the young guns to prove their mettle. 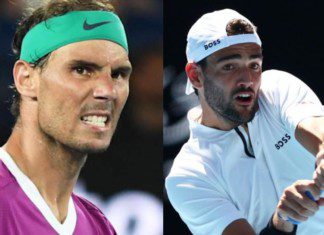