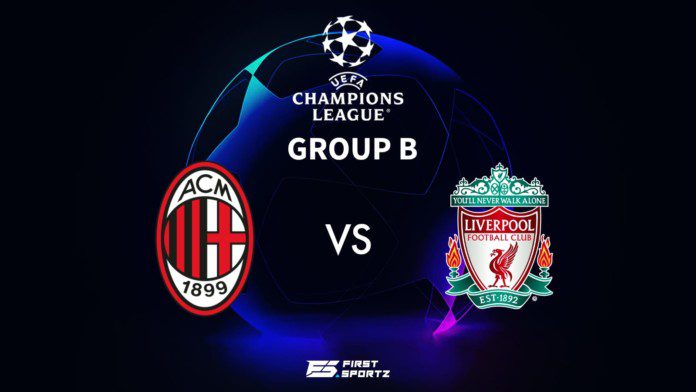 AC Milan vs Liverpool: AC Milan squared off against Liverpool at the San Siro Stadium in Matchday 6 of the ongoing edition of the UEFA Champions League.

Liverpool FC defeated AC Milan 2-1. AC Milan got the scoring underway after the opening goal from Fikayo Tomori. The defender scored from close range past Allison after the initial shot from Alessio Romagnoli. However, the visitors found the equaliser through Mohamed Salah who too scored from the rebound after Alex Oxlade-Chamberlain’s shot. But Divock Origi quickly got Liverpool ahead after his header past Maignan.

Let’s take a look at the player ratings for AC Milan vs Liverpool match:-

Allison (6/10): The Brazilian shot-stopper will be disappointed with the first goal that he conceded. He could not clear away the danger after Romagnoli’s shot and paid the price.

Ibrahim Konate (7/10): A very mature performance from Ibrahim Konate who took responsibility in the absence of Virgil Van Dijk. He looked unnerved and dealt with Ibrahimovic and company with ease.

Kostas Tsimiskias(6.5/10): A decent performance from the left-back tonight. His side was being continuously targeted but he held his ground well.

Nathaniel Philips (7/10): The young defender stepped up brilliantly tonight. He was making some great sweeping tackles on the flanks when the Milan forwards got ahead.

Neco Williams (6/10): The young right-back had a great opportunity in the starting minutes but spilled his effort. Mohamed Salah offloaded him in space but he couldn’t get enough power behind the shot.

Alex Oxlade-Chamberlain (7/10): The midfielder created the opportunity for Mohamed Salah for the first goal. His effort was parried away by Maignan and Salah pounced on it.

Takumi Minamino (6/10): The Japanese international will be disappointed having not cleared the ball away. His fault led to the first goal.

Tyler Morton (7/10): The youngster looked in great shape tonight. He was Dominant in the midfield tonight and made some mature passes.

Mohamed Salah (7.5/10): The Egyptian king once again got on the scoresheet for Jurgen Klopp’s Liverpool this time scoring the equaliser. A smart finish from close range after the rebound from Alex Oxlade-Chamberlain’s shot.

Sadio Mane (6.5/10): A bit scrappy from Sadio Mane tonight. He looked a bit off in the first half and lost possession at times.

Divock Origi (7.5/10): The striker forced a good save off Maignan in the first half. A sharp quick turn inside the box from Divock Origi but his shot was saved by the Milan goalkeeper. However, he made repartition to that and scored with a header in the second half.

Naby Keita(6/10): The midfielder came on to replace the goal scorer Mohamed Salah in the second half.

Joe Gomez (6/10): Jurgen Klopp looked to add some solidity to his defence after getting the second goal. Hence he brought on Joe Gomez for Sadio Mane.

Mike Maignan (6/10): The Milan goalkeeper’s positioning was good tonight. He made a good save off Divock Origi in the first half but couldn’t save the goal from Mohamed Salah.

Theo Hernandez (6/10): Theo Hernandez was not at his best tonight and didn’t get involved in the play much. He made a charging run and tried to deliver a cross but it was safely gathered by Allison.

Alessio Romagnoli (6.5/10): The defender got the initial shot away which was saved by Allison. He got on the end of the cross from Brahim Diaz and the rebound was turned in by Fikayo Tomori for the opener.

Pierre Kalulu (5.5/10): The right-back was decent in defence but was a bit dodgy while contributing to the attacking department. Hence Florenzi was brought on to change that.

Fikayo Tomori (7.5/10): The former Chelsea defender opened the scoring for the home team. Allison could not clear away the ball properly and Fikayo Tomori took full advantage of that as he finished from close range.

Franck Kessie (6/10): The defensive midfielder was average tonight. He wasn’t able to exert his dominance over the Liverpool players but didn’t make any mistakes as well. He had a great opportunity to score but couldn’t beat the goalkeeper.

Sandro Tonali (5.5/10): A disappointing evening for the midfielder tonight. He was sloppy in possession and hence was substituted early in the second half.

Brahim Diaz(6.5/10): Brahim Diaz was playing in the free role tonight drifting behind the Liverpool defence. He was delivering some good crosses into the box for the forwards to attack.

Junior Messias(6.5/10): Messias was making some good runs on the right-hand side for the hosts. On one such occasion, he made a surging run and offloaded Krunic whose effort was off target.

Rade Krunic (6/10): Rade Krunic had a wonderful opportunity to find the net for AC Milan after getting into space in the second half. However, his first-time effort was just over the post.

Alexis Saelemaekers (6/10): The midfielder was the first substitute for AC Milan. He was brought on in place of Tonali. He played a lovely through ball to Kessie who couldn’t convert.

Alessandro Florenzi (6/10): The Italian International was substituted for Kalulu. He wasn’t able to get precise crosses into the danger area. 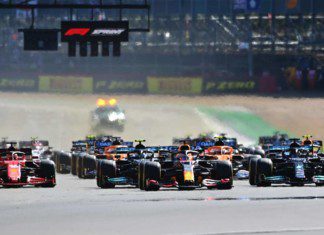