“He did a very good job, but someone needs to stop the hype,” Aleksandar Rakic calls out Jiri Prochazka for no 1 contender fight 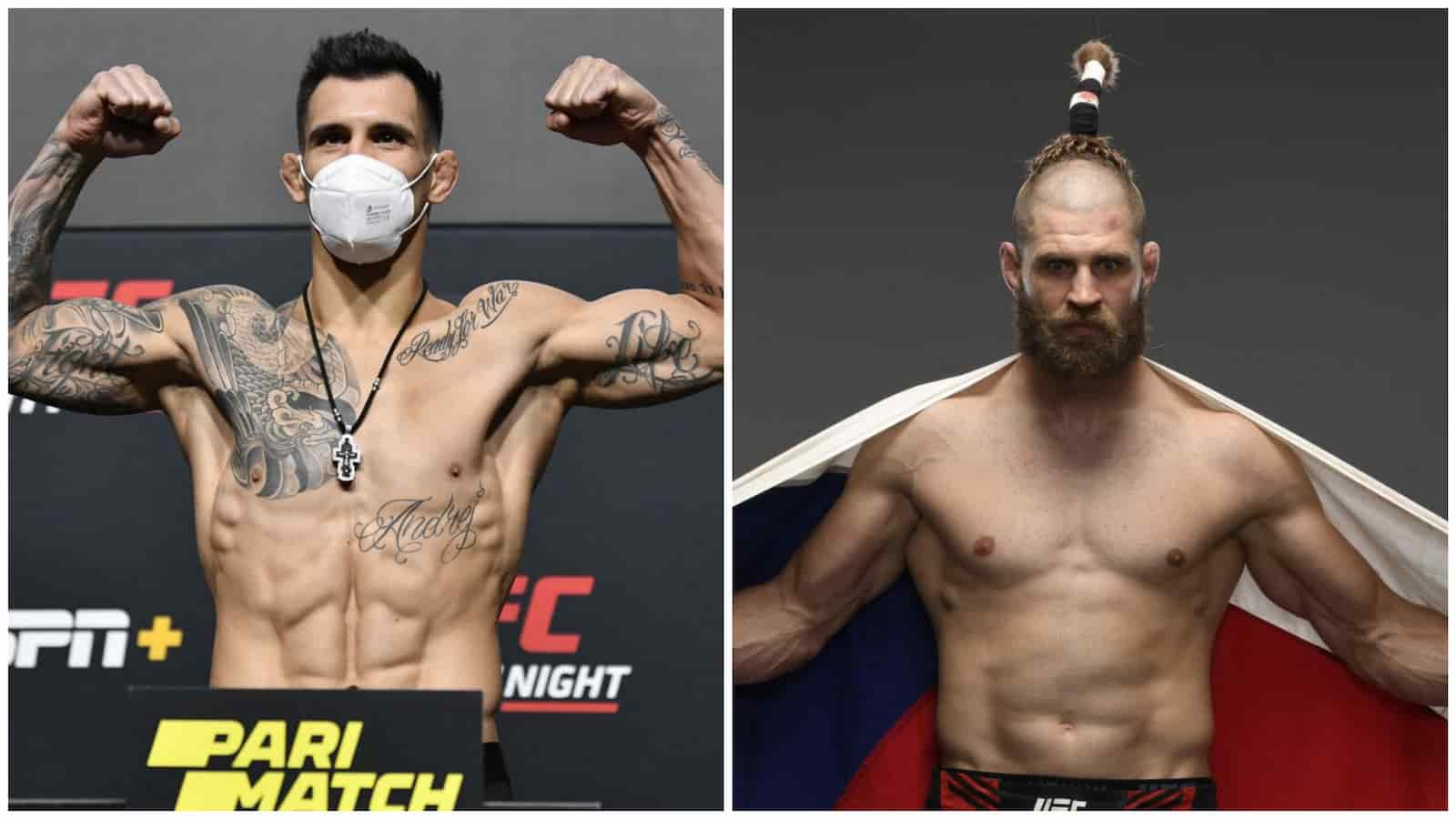 This was Prochazka’s only second fight in the promotion and with this win, he moved to number 2nd in the Light Heavyweight division rankings. This pushed another top title contender Aleksandar Rakic at number 3rd in rankings and a little away from the title shot and he doesn’t like it at all.

Rakic is also on a two-fight winning streak with his latest wins coming against Anthony Smith and Thiago Santos. Due to this, he called out Jiri Prochazka to face him for the number one title contender fight.

In his latest interview with MMA Junkie, Aleksandar Rakic says, “He did a great performance, He knocked out Reyes. He’s now a top contender, and this fight makes sense against Jiri.”

“The result of what happened on Saturday is the best thing that could have happened to me because this wakes my attention, my motivation. I’m even now more motivated to go back to the gym, to train harder and harder.” {H/T MMA Junkie}

Rakic continued, “This fight against Jiri makes the most sense now, and Glover Teixeira is going to fight Jan Blachowicz in September. Who else is gonna fight Jiri instead of me? Who?”

Aleksandar Rakic received criticism for his last two fights even after he won both of them because they went to the end and people called them out boring. In his defense Rakic says,

“Everybody is talking about my last two fights. They were boring, and I didn’t knock them out, Everybody had that one fight that was not so spectacular, and in the last fight against Santos,”

“We knew he’s dangerous in the counters, so I was a little bit patient with my attacks because he’s wild, wild countering. So that’s the reason the fight went like this, but a win is a win.” {H/T MMA Junkie}

Rakic added, “I know I can knock anybody out in the division, and I can finish anybody in the division. It’s just a matter of time. I don’t want to force any knockouts or any submission.”

“It will come by itself. But I know what I’m capable of doing, and this is the fight that makes the most sense, me and Jiri, and the winner is gonna fight for the title.” {H/T MMA Junkie}

Jiri Prochazka produced a highlight reel finish against Dominick Reyes and Aleksandar Rakic lauds it. But he also cited a hole in his game and he believes his grappling can be the key to victory against Prochazka.

Rakic says, “He doesn’t make a lot of mistakes, but he has mistakes, and if I can catch him in the right moment, it’s gonna be a knockout. But if not, I’m working a lot on my grappling and wrestling in the last few years,”

“I see the most advantage in the grappling and wrestling area against Jiri, but if it’s going the distance, I will also be ready to go five or three rounds for war. It doesn’t matter.” {H/T MMA Junkie}

The UFC Light Heavyweight champion Jan Blachowicz is facing Glover Teixeira in September on UFC 266 and Aleksandar Rakic proposes to face Jiri Prochazka on the same card for the number one contender fight.

Rakic continued, “If the UFC wants to do it with me and Jiri in September on the same card as Jan and Glover, that would be great for the division,”

“It’s up to the UFC what they want. It’s a lot of hype around Jiri, and I understand this. He did a very good job, but someone needs to stop the hype.” {H/T MMA Junkie}

Also Read: UFC 262 Full Fight Card: The beginning of the new era in the Lightweight division.